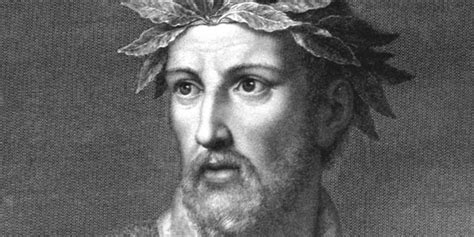 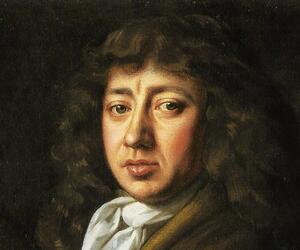 Some seven years after the first Crusaders left Europe to free Jerusalem from the Infidels,  Duke Godfrey and his minions are camped before the city of Jerusalem, trying to get it together enough to assail the city walls.  Baldwin, Godfrey's brother is busy in Edessa and Bohemund is preoccupied in Antioch.  The various other members of the nobility are lolling about, waiting on orders or having a fine time chasing demons, wizards and sirens.  It's a diverse crew.  Many of them are from Germany, France and England, but some have traveled there from Ireland and even Norway.  Sweno, the son of the king of Denmark is a stout warrior and has made his way to the middle-east by fighting his way through the Balkans and overcoming Turkish harassment en route.

Godfrey has a lot to worry about.  If the army hangs around too long, Egypt and its many allies may enter the fray which would mean that a second front would have to be dealt with, not to mention the possible presence of about a million more soldiers all eager to squash the froward Franks.  Rinaldo, perhaps the strongest and most able warrior in the whole assemblage, is from Italy and his reputation has preceded him to the extent that Aladine, the king of Jerusalem has enlisted his friend the ex-Christian wizard Ismen to do something about ameliorating his abilities.  He contacts Hidraort, the Caliph of Damascus to recruit his daughter, Armida, a sort of enchantress/wizardly person to help delude and deceive the enemy.  She enters the Crusader camp one day with a story about how she has lost her kingdom at the hands of foul evil-doers and needs help.  Godfrey sees what is going on and orders ten knights only, to accompany her to seek revenge.  He's worried that the whole army will abandon its purpose and ride off to rescue the poor unfortunate lady, hence the exercise of discipline as regards her avengers.  But Rinaldo sneaks out at night with Armida and another fifty of the most accomplished knights follow them in the dark.

Meanwhile Godfrey initiates an attack on the walls of Jerusalem with unfortunate results.  The Franks haven't prepared very well, and the lady warrior, Clorinda and her friend Agrantes, both superior fighters, run through the Crusader ranks like a drill press through butter.  Another major player on the crusader side is Tancred, a renowned knight from France.  After the battle, Erminia the daughter of the King of Antioch, in love with Tancred, borrows Clorinda's armor and escapes from Jerusalem, where she had been captive.  She's chased by Poliphern, a pagan hero, and Tancred pursues them both but gets lost in the woods and stumbles into a dark dungeon where the echoey voice of Armida tells him that he's trapped there forever.

All this time, Satan has made life as difficult as he could for the opposition, sending demons, ghouls, and all manner of Sheolic beast to harass Godfrey's troops.  He darkens the sun and throws lightning bolts at them as well as turning the rain red.  A messenger enters the camp and informs the leaders that Rinaldo's headless body has been located near Gaza.  Things are looking bleak for the assailants, but finally Michael, the archangel, shows up and sends all the nasty creatures back to Hell.  So the war effort waffles back and forth between the two parties until the Egyptians show up in Palestine, which is within striking distance of Jerusalem.  Godfrey is in a quandary because his principle fighters have all left or have been slain.  But soon, another messenger shows up and tells him that there's a rumor floating about that Rinaldo is not dead.  And shortly afterwards, Tancred arrives with the fifty knights that had chased after Armida.  Their story is that they were lured into a castle in the Dead Sea where they found Tancred and Armida, the castle belonging to the latter, who had them all chained up preparatory to leading them off to a life of slavery, when Rinaldo showed up and freed them all.  But Rinaldo was still missing.  Until he reappeared also with a knight named Ubaldo.  Ubaldo relates how he rescued Rinaldo:  searching near the Dead Sea again, he meets an old man who can walk on water and is a supporter of the anti-pagan cause.  The old man states that the body that was supposed to be Rinaldo's was actually someone else's, put there by the devious and cunning Armida, who later absconded with the Italian knight because she was in love with him.  Ubaldo wants to bring him back, naturally, so the old man gives him a boat steered and operated by another siren as well as a magic shield with which to awaken the wayward paladin.  They sail out through the straits of Hercules to the Fortunate Isles and land at the base of a volcanic mountain protected by more beasties which they overcome.  Climbing to the top they espy a palace on an isle inside a lake of laughing death waters (if you drink the water you die laughing).  Ubaldo manages to cross the lake and find Rinaldo who's under a magic trance.  He shows him his reflection in the shield and he wakes up and they return to the battle site.

The final battle, which the Crusaders win, naturally, takes place soon after with lots of tactics, fires, sword fights, death, agony, celestial interference and aid, the resolution of personal animosities, and the reunion of long-separated lovers.  The very long poem ends rather abruptly on the battlefield littered with corpses and broken lances and pieces of armor lying all around.  Armida has been fighting on the side of the pagans but she has a change of heart after the battle and realizes that she loved Rinaldo all along.  So they ride into the sunset, arm in arm, and live happily ever after.

This is just a  bare, a brief, synopsis of a very long poem with all manner of magical and supernatural events and circumstantial carryings-on.  There are 20 books in the work, each book has approximately 100 verses, each verse consists of 8 lines.  Most of it is iambic pentameter, but the poetic mechanism varies a bit.  Some of the verses are in couplets, like English pentameter, but others skip a line so the final words of every other line rhyme with each other.  Reading it was interesting, occasionally tedious, and often exciting.  And very imaginative.  Tasso was a noted poet of his time, but had a somewhat peripatetic lifestyle as he was apparently, according to one source, bipolar.  He didn't live in a single residence for very long.  Either his host told him to go away or he left by himself.  But there was no doubt about his popularity and talent.  Fairfax's version is regarded by most critics as a work of art in itself.  His choices of language and facility of expression were overtly astonishingly good, i thought, and i really liked reading and appreciating his often ingenious and mindful constructions and expressions.

Posted by mudpuddle at 4:00 PM