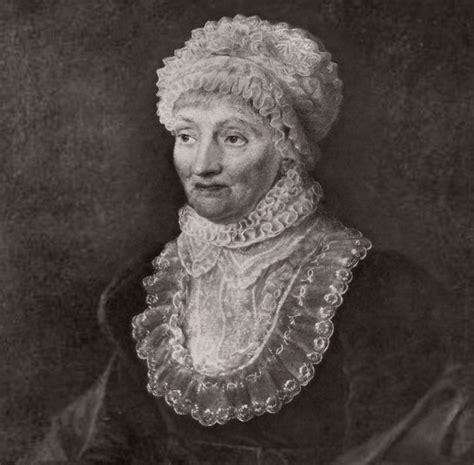 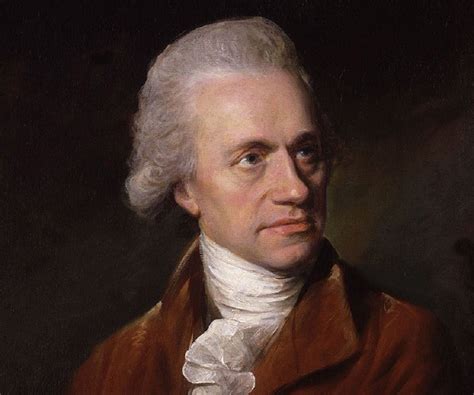 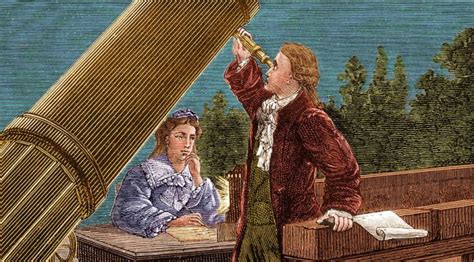 MEMOIR AND CORRESPONDENCE OF CAROLINE HERSCHEL (1750-1848)

Edited by Mary Herschel in the 1870's

Isaac Herschel was an oboist with various German orchestras and bands during the early 1700's.  As his family grew he searched for more permanent employment and found a position with the National Guard Band in Hanover.  William was his eldest son:  he received a musical education from his father and others and became an accomplished violinist, organist and composer.  His younger brother Alexander studied the cello and developed into a formidable performer who was a popular soloist of the time.  The great earthquake in Lisbon in 1755, as well as intimations of war with France shook the stability of the family such that Isaac spent a year in England, near Bath, establishing connections and performing in various musical groups.  William went with him and soon was recognized as a superior artist both for his compositions and his organ playing.  William was a driven personality with a maniacal urge for learning.  He became interested in astronomy after Isaac died at 61 from overwork, and devoted all his spare time aside from making a living as a musician, to studying telescopes and astronomy.  After trying to handle it all by himself for several years, he traveled back to Hanover to persuade his sister Caroline to return with him.

Caroline was invaluable.  She performed in William's concerts, kept his house in good order, sewed socks for extra money, and, ultimately became as engrossed as William in his new hobby, watching the stars.  There was an enormous amount of information to be recorded as William identified new stars and planets through a telescope he'd made himself.  Caroline was kept busy as a sort of secretary, initially, transcribing the oblique and right ascension details that needed to be registered for each new astral object discovered.  She gradually became fascinated herself in searching the heavens, and as her skill improved, ultimately located eight previously unknown comets.

In those days, lenses were made by hand, produced through intense and prolonged grinding to achieve the correct angular deflections to suit the telescope being created.  The largest lens William made was four feet in diameter, made to fit a telescope with a forty foot focal length (picture above).   As he ground away on his lenses, Caroline would read to him from many of the contemporary authors:  Sterne, Fielding, Smollet, etc.  And since her brother was also a full-time musician she also copied out scores for his many compositions as well as the parts for the individual musicians.

As time went on recognition came to both of them from the Royal Astronomical Society in London and from foreign bodies as well.  Caroline not only received a medal from that organization, but one from the Irish Astronomical Society.  But William's health began to suffer from his intense workload and from clambering around in the dark.  Once during a windy night, the framework from which he was viewing  collapsed and precipitated him 15 feet to the ground.  And Caroline injured her leg one night while running off to get some needed object.  She experienced a short but alarming period of blindness at one point.  The lenses in those days were made of bronze compounded with arsenic and it has been speculated that leaning over his work and grinding so industriously on the metal may have exposed William to arsenic poisoning.  He confessed at one point to being bothered by dizziness.  By 1785, William and Caroline had accumulated a catalog of 1000 new nebulae, which they published to acclaim and admiration from astronomers world-wide.  In 1800 that number was increased to 8,760.

William continued working hard, but he gradually lost strength and finally passed away in 1822.  Apparently Caroline was so distraught by the occurrence that she left England immediately and returned to Hanover, a decision that she regretted for a long time, as she regarded the relatively uneducated Hanoverians as ignorant boobs.  She maintained her connections with the scientific world, though, and periodically received medals and honors from many European countries.  In particular she remained close to her nephew John, William's son, who became an astronomer like his father.  John spent three years in Capetown, South Africa, mapping the southern constellations, and letters about his discoveries between aunt and nephew were frequent and informative.  As well, Caroline was still catching up on cataloging and publishing the voluminous collection of information that had accumulated over the last thirty years.  Other events provided peripatetic interest over the years.  She went to a Paganini concert and had an interesting conversation with him.  Alexander Humboldt paid her a visit.  She recorded a hail storm in which the ice balls weighed 3/4 lb. each.  Her picture was painted by a professor Teilmann.  Another well known astronomer and generally scientific genius was Mary Somerville, with whom Caroline exchanged a long series of letters.  But as the years passed and her vision began to fail, she became house-bound, staying almost all the time in her room and sewing or writing letters.  She started a "History of the Herschels" but never finished it.  She passed away at the very advance age of 98.

This was a fascinating look at the early age of astronomy and a sort of reality check that graphically described how hard people had to work in those days, especially when involved with the sciences as ruled by staid Societies and dubious financiers.  I recall the same sort of barriers that inhibited the researches of William Smith, geologist, about the same period.  Caroline was driven initially by her love for her brother, but became entranced with the stars and almost as much of a stellar explorer as William.  At that time, no one knew what comets were, or how to observe them, and her discoveries were startling as well as illuminating, instilling a bit of light into some of the dark mentalities of the society she lived in.  I liked this book a lot and i wish there was more information about her.  The top picture is of Caroline.