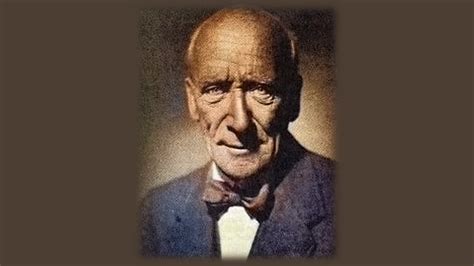 Five incorporeal adventures in the life of Dr. Silence are included in this volume.  As well as being a trained medical doctor, Silence has deeply explored the remote regions of human mentality, both in England and in little-known spiritual enclaves of the far East.  After receiving his degree in England, he disappeared for five years while pursuing those studies, and now runs a kind of psychic detective agency.  People with problems of a non-material nature seek his advice and assistance.

Felix Pender, successful novelist, is having trouble writing.  He is being followed around inside his house by something or someone with evil intent.  Dr. Silence suspects a vengeful ghost is causing difficulties, so he arranges for Felix to stay at his house while the Dr. spends the night in Felix's lodging.  He gets to the house later the same day, accompanied by two pets, a cat and a dog.  He trusts animal instincts as being keener than his own insofar as detecting malignant spirits is concerned.  Silence is dozing off in the library when all of a sudden he smells smoke, and wakes to a dark and threatening glamour that has settled over the room.  The cat sees something eery in a corner and the dog begins barking at an invisible intruder.  But gradually through the haze, a shadowy figure looms;  an old lady, haggard and staring, glares at him with murder in her heart.  The Dr. summons up his powerful psychic knowledge and counter-attacks the apparition which gradually dissipates.  Back in his office, he relates the story to Mr Pender and after further investigation, they discover that the house was formerly the residence of an old lady hung for multiple murders.  Silence recommends the house be torn down and the location turned into a garden.

Arthur Vezin is traveling by train in northern France.  On impulse, triggered by loud-mouth fellow travelers, he gets off at a remote station located in the mountains and is so charmed by the idyllic ambiance that he decides to stay for a night.  He takes a room in an old inn and walks around the small village.  He becomes nervous when he notices that all the villagers seem to be watching him.  At dinner, the inn-keeper's daughter becomes very friendly and tries to make him fall in love with her.  Suspicious, he retires early only to be awoken in the night by loud cat cries and noises of yowling and fighting.  He sneaks outside and sees that some of the citizens have turned into cats.   The daughter accosts him and tries to get him to accompany her.  There is a parade of sorts leading out of town and lots of dancing and sinister merry-making.  As Vezin tries to escape, she grabs him by the neck, but he breaks away and runs off.  At the train station cafe, he meets Dr. Silence who explains to him that the village was formerly the habitation of witches who were burned at the stake, and that their ghosts invaded the townspeople on certain nights, causing them to engage in devil-worship.

THE NEMESIS OF FIRE

Horace Wragge needs help.  He's a retired Colonel and he and his sister live in an old farmhouse near the ocean in northern Yorkshire.  The house is located near a 12 acre wood that has an ancient mound at the center.  Spot fires are erupting with alarming frequency all around the manse and in the fields and the house itself it is uncomfortably warm, with a kind of sultry heat that seems to carry a lingering menace with it.  Dr. Silence and his assistant Hubbard arrive and immediately search the woods.  They find burned places and a pond but not much else.  But the same night, one of the rooms catches on fire and they are barely able to extinguish it.  Doing some research, Silence believes that there's an Egyptian connection.  The Colonel's brother had spent time in that country and was known to be an aficionado of ancient Egyptian culture.  A full moon is expected the same night and the Dr. gets ready:  he gathers some picks and shovels and a long rod.  After dark, he pokes the rod into the soil surrounding the building until he finds a hidden tunnel.  With the help of the Colonel and Hubbard, he digs out an entranceway and all three enter it and crawl toward the woods.  They come upon a large room under the mound and discover a mummy case buried just below the surface.  Just as they open the coffin, a fire Elemental comes to life and things heat up.  At that moment the sister crawls into the chamber with an ancient scarabeus and places it inside the coffin with the mummy and the Elemental vanishes.  Her explanation is that she had thought it was attractive when the brother brought it back from Egypt and kept it in her room.

Harris, a silk merchant, visits his old theological school near Strasbourg.  It's located in a remote valley, isolated and unpopulated.  He's welcomed by the Priests even though it's been thirty years since he was a student there.  They become more and more friendly, demanding that he spend the night.  The head of the school, Asmodelius, is about to arrive and they want to introduce him.  Things get weirder and Harris gets scared and starts yelling but the brothers show no reaction, which really freaks him out.  He runs but the monks catch him and begin to strangle him and he faints.  Next day he wakes up on a pile of old bricks and while walking back to the depot meets Dr Silence who had followed him to the school and later rescued him from the glamour that had captured him.  Silence tells Harris that the school had burned down and the village abandoned because the fathers were devil-worshippers.

THE CAMP OF THE DOG

Hubbard with some friends is on a camping trip in the northern Baltic Sea.  They're traveling by canoe and stop at one of the islands to build a more permanent encampment.  The Reverend Tim Maloney, Mrs. Maloney and their daughter Joan as well as the family friend Pete Sangree compose the party in addition to Hubbard.  They are having a wonderful time fishing, swimming and story-telling for a while, until their evenings begin to be disturbed by a wolf invading their camp.  One night it tears a hole in the wall of Joan's tent.  Hubbard tracks it but loses the trail until he happens to look into Pete's tent and sees the wolf merge into Pete's body.  Luckily, Dr. Silence arrives soon after Hubbard sends him an urgent message, and he verifies that Pete is indeed inhabited by a "fluidic body", i.e., a werewolf.  The good Dr. knows all about lycanthropy of course, so he manages things such that the incipient love between Pete and Joan becomes a reality.  This puts a halt to the form-changing and the two live happily ever after.

Blackwood led a checkered life, pursuing a number of different careers, but writing ghost stories and novels between  and during his various employments.  He even taught violin lessons upon occasion.  But he also worked for a number of newspapers and came to know some of the movers and shakers of that world.  He was a past master at word-smithery, and his descriptions of eerie and spine-chilling events has never been exceeded, imo...  The resemblance between Silence and Sherlock is pretty evident, even so far as the mysterious absence in the East was concerned.  That's where Sherlock was supposed to have gone after his fight with Moriarty at Reichbach Falls when he was presumed, erroneously, to have died.  Anyway, HAPPY HALLOWEEN!!

Posted by mudpuddle at 3:37 PM