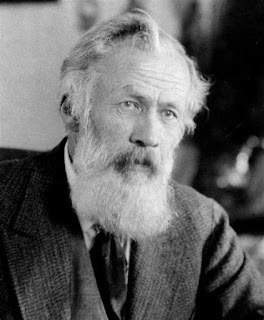 Rumors of an occupied island north of Bennett Island had persisted for some time.  Baron Toll had mounted an expedition in search of the lost bit  of land north of the New Siberian Island group, but his mission was presumed lost.  No news of his voyage had ever been received by the authorities.  Rumors of a range of mountains in the far northern reaches of the Arctic Ocean beyond Kotelny Island had been bruited for some time, and Toll's intention had been to verify those rumors.  Birds had been observed flying north for the winter and one of the Siberian peoples, the Onkilons, had reportedly been driven north over the sea to an unknown destination by the fierce Chukchi tribe.  Professor Schenk, naturalist and geologist, had long been fascinated by the idea of a civilization in the far north, above the 80th parallel, and he determined to mount an effort designed to discover its location.  So he arranged for three of his former students to assemble the requisite materials for an investigation.

Matvei Goryunov, Semyon Ordin,  and Pavel Kostyakov had been expelled from the university due to "student disorders", and they formed the core of the attempt.  Other hunters and sledge drivers went along also, and they took sixty dogs with them.  Traveling to Irkutsk, they floated down the Lena river to Kazachye village on the coast and left the mainland in the middle of March.  The first goal was to Cape Nos, 200 kilometers east of Kazachye.  From there it was 70 kilometers to Bolshoi Yakov Island, the closest member of the New Siberian Archipelago.  They set off with eight sledges and forged their way, chopping passages through ice hummocks and pressure ridges, reaching the island after a long day's trek.  They stayed in a hunter's cabin and spent some time exploring the area for mammoth tusks and other fossils.  The land was principally Quaternary silts and extruded granitic eminences.  The next objective was Kotelny Island, much larger, and a center for seal and bear hunters, with a large winter house equipped with food and spare gear.  At this point, most of the sledge drivers and hunters stayed behind or went home while the three principals continued on.

Reaching open sea in a few miles, the group unloaded the canoes that had been carried on the sledges, and set out to paddle their way to what appeared to be a very faint range of high mountains in the north.  They were overtaken by a very violent storm and were lucky enough to run across an ice floe sufficiently large enough to enable the erection of tents and provide protection from the powerful wind gusts.  The wind eventually blew itself out but not before it had pushed the floe a long distance to the north, and adjacent to what was determined to be Sannikov Land.  After landing they managed to ascend a coastal cliff about 3000 feet high.  From the top they were able to look down into a lush, verdant valley with grasslands and forests, dotted with lakes and rivers and completely surrounded by the range of mountains they were standing on.  Clambering along the top to the west for several miles they found a sort of pass that seemed to lead down into the valley.  When they arrived at the bottom, they discovered an edenic savannah being browsed on by herds of fossil animals:  yaks, deer, wooly rhinoceroses,  and even Przevalsky horses.  The temperature was warm and pleasant and it wasn't long before the geologist among the travelers understood that they were standing in an ancient caldera that was apparently heated by underlying magma deposits.

They set up a base camp and left one of the hunters in charge of it while the rest explored the nearby forest.  From the top they had estimated that the valley was about 50 by 80 kilometers in area and included various types of habitat.  The vegetation was dense but penetrated with animal trails which permitted easier traveling.  They saw jays, magpies, jackdaws, eagles, wooly rhinos and huge ancestral cave bears.  One of the lakes had a tufa hill in the middle which erupted a spout of water every 33 minutes.  Entering an opening in the woods they were suddenly accosted by a tribe of indigenes.  After some peaceful gestures, they were able to converse a little, as the strangers were Onkilons who spoke a version of Tibetan, which one of the hunters understood.  They were naked from the waist up and tatooed all over.  They wore bear claw necklaces and had feathers stuck in the their top knots.  All in all, they resembled American Indians.  The travelers were welcomed as gods because of their killing sticks (rifles) and their unusual clothing:  the Onkilons wore trousers made of animal skins.  They lived by hunting and by cultivation of maragon bulbs and water chestnuts, from which they made a kind of soup or, alternatively, a version of pancakes, to accompany their main diet of meat.

The explorers lived with the Onkilons for several months and during the native "Spring Festival", they all were assigned wives.  Soon, however, a new peril made itself known.  There was another humanoid race on the island, called the Wampus, who were much more primitive and more aggressive.  They were covered with fur and resembled Neaderthals, or maybe Neanderthalian ancestors.  They ate raw meat and snarled a lot.  They worshipped mammoths and lived in caves.  A source of danger to the Onkilons, their aggressive behavior had already destroyed one Onkilon enclave, of which there were about twenty in the valley.  A plot to attack them was arranged with the help of the visiting Russians, and carried out with enthusiasm, but shortly thereafter, to the satisfaction of the Onkilon shaman, the new gods were seemingly responsible for a series of earthquakes that shook the whole island.  The quakes became worse over time until it became obvious to the new comers that some major cataclysm was on the verge of destroying the entire caldera.  The water vanished and steam began erupting from large open fissures and the explorers determined that it was time to make tracks out of there.

After a number of violent clashes with the natives and animals, and some hair-breadth escapes, the newcomers struggled to the top of the surrounding mountain range just in time to see the valley erupt in a major conflagration, with explosions, very loud cracks and crashes, and the disappearance of most of the valley floor, unfortunately taking the inhabitants with it.  Hurriedly descending the outer cliffs, the survivors reclaimed their canoes and after more dangers and close shaves, arrived back at Kazachye.  When they reported back to Schenk,  the latter was not disappointed with the results of the expedition, but planned on financing a new venture to the place almost immediately.  But he died before he could carry out his new plan and the members of the company were soon separated by the onset of the Japanese/Russian war of the early 20th century.

Sannikov Land was purportedly a real place, first sighted in the early 19th century by an itinerant hunter.  Some years later, a Baron Toll mounted an expedition to find it but his team vanished without a trace.  There was a lot of speculation in the following years about undiscovered country in the far north, but to date, Henrietta Island is the most remote piece of land that has been located, north of Siberia.  It's slightly north of the deLong archipelago, at about 77 degrees latitude.  There was a lot of interesting geological information included in the book, as Obruchev was a prominent Russian geologist, and any one interested in the pretty complex substructure of the north sea might find this book informative in an elementary way...
Posted by mudpuddle at 12:54 PM