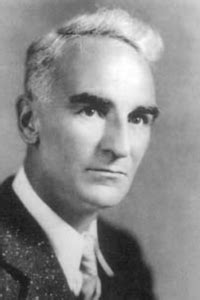 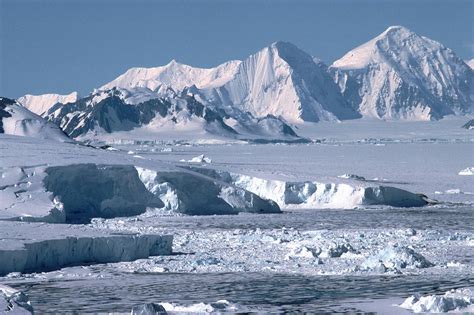 Dr. Eric Lane is an ichthyologist and paleontologist living in San Francisco with his daughter Edith and his lab assistant Drake.  The latter is interested in ancient Bolivian texts and inscriptions.  A captain Anderson and his first mate Ole Hansen pay a visit to show the Dr. a specimen that they found in the south Atlantic ocean:  a smallish creature with wings, beak, armored skin and feathers.  The captain's story has to do with a vast explosion that almost wrecked their ship about 120 miles from the Antarctic coast.  It occurred at night and in the morning they saw that all the ocean as far as they could see was covered with crude oil.  Carcasses of dinosaur-like beasts littered the surface and polluted the surrounding atmosphere with the noxious fumes of rotting meat.  The first mate was a camera fiend and had 144 photos of the ocean and its dead denizens.  The Lanes were fascinated and decided to fund an expedition to the region to investigate the phenomena and to find the source of the oil.  They equip the captain's ship with supplies for a year and sleds and dogs and even a small airplane and embark from Rio, intent on reaching Antarctica.

When they arrived, they saw what seemed like an active volcano in the southern distance as well as a convenient fjord that might possibly provide access to the area.  For five weeks they examined a rocky beach which was covered with the bodies of thousands of dead dinosaurians.  Many of them had plates like triceratops and long necks like brontosauruses.  They sailed up the inlet as far as they could, then  took to the dogsleds for the rest of the way, about 200 miles.  The snow was covered with shards of basalt-like rocks that had pictographs incised in them, apparently originating from the distant volcano.  On the third day they reached a wide sort of trough about 30 miles across, filled with circular holes 30 to 50 feet in diameter.  While trying to negotiate this maze of holes, the mist disappeared suddenly with a violent suction action that swallowed up their sleds as well.  Immediately afterwards, giant cones of ice were ejected like a missile from a silo.  They shot into the air with a scream and ignited.  Rather alarmed, the party trekked back to the ship and spent a lot of time arguing about the causes of the violent upheavals.  The conclusion seemed to be that an enormous pool of oil underlaid the continent and that there was a cushion of methane resting on it that periodically ignited from friction with the sides of the wells, as it pushed the ice plugs into the air.

They decide to explore by air, using the airplane, and Edith and Ole volunteer to operate the machine, both of them having the requisite skill.  Flying south, they observe that no volcano can be seen, but passing the trough area they fly over about five miles of extremely broken up country, on the other side of which they discover a sort of giant caldera seemingly concealed by a layer of inky black clouds about 90 miles in diameter.  Ole and Edith decide to fly west and in about an hour find another depression 50 or so miles across.  They fly down into it and realize that it's around 15,000 feet deep and that it has grass and trees and a small river.  And a cavern in the side of it about 3,000 feet high.  They enter it with the plane and run into geysers of fire and lots of live prehistoric beasts, so they retreat precipitously and land on a beach.  Ole is notorious for having an opinion about everything and he shares his ideas with Edith;  he thinks the whole area is underlain with interlacing tunnels full of animals and gas and that the periodic fires derive from tidal effects caused by the orbiting moon.  The plane is charged by a belligerent triceratops so they fly out and land on the ice where a giant ostrich chases them away.

Back at the ship more philosophizing takes place.  The doctor believes that an ancient civilization created life in the form of a basic molecule that was the beginning of an entirely new line of evolution, the results of which were to be seen in the monstrous forms, neither saurian or ornithian, that they saw all over the area.  He also thinks that the pictographic fragments on the rock shards were some sort of warning about the dangers of ungoverned proliferation.  He wants to dig further into the mystery, so they trek back to the trough area.  They rig a long hose from one of the blow holes so that they can discourage the attacking monsters with the gas (partly CO) by spraying carbon monoxide at them.  Then they drill holes in the side of the caldera wall so that they can use dynamite to shear away the outer layer of rock (which they had discovered was artificial:  actually a form of cement invented by the ancient race) to gain access to whatever the pictographic message was in its original form.  They set off the dynamite which raises a huge cloud of dust and spores that the scientist collects in specimen jars.  After examining the dust Dr. Lane realizes that the spores were the original invention of the ancients and that they were the source of the evolved monsters.  Also one of the jars leaks and they wake up in the morning finding that their clothes and all the area around them was covered with a kind of green fuzz.  They are afraid that the planet will be destroyed by the fast growing green stuff so they blast another hole into the lake of oil and set it on fire.  They race to the plane and take off, leaving behind them a titanic explosion that blows up the continent of Antarctica, or most of it anyway.  The ship's crew had walked to the edge of the ice and were later picked up by a passing whaler.  The plane full of scientists flew to the nearest whaling station and eventually made their way back to SF.

This was a pretty exciting book.  It had a sort of dry, joking tone that seemed a little manic at times, as if Taine was chortling to himself over the explosions and the preternatural biological disasters that he'd dreamed up.  In real life he was a mathematician with some original work to his credit.  He had quite a few stories published in the SF mags as well as a number of novels.  It was pretty obvious he had a lot of fun writing them, although, for the reader, his sense of continuity was sometimes pretty much at risk, with the action progressing in a sort of random illogical fashion, so that it was often a matter of doubt as to which part of the continent the heroes were actually at.  It was fun, though and certainly a different kind of book.

Posted by mudpuddle at 1:51 PM