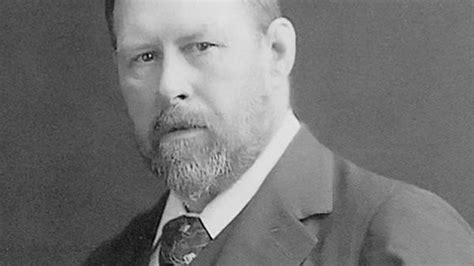 Squire Norman of Normanstand estates desperately wanted an heir to carry on the Norman name and to govern the buildings and lands associated with the property in a manner which his holdings deserved.  Unfortunately for his future dreams, his wife passed away upon delivering his first child, a daughter, who he named Stephen.  She was raised as if she was a boy, and acquired many boyish habits, which somewhat warped her self-image.  Her best friend was Harold An Wolf, the rector of the local church's son.  Harold and Stephen grew up together, befriending each other and establishing an intimate friendship.  Harold went off to Cambridge at an early age while Stephen devoted herself to good works on behalf of the local citizenry.  She was deeply concerned about the well-being of "the submerged tenth", as she termed the lower classes.  The Squire was killed in a carriage accident along with Stephen's uncle Rowley, leaving Stephen the sole inheritor of the estates.  Mrs. Rowley, having little income, and being a long term replacement for Stephen's mother, moved into the castle with her.  Leonard Everard, a neighbor lad who spent time playing with Stephen and Harold while they were growing up, has developed into a characterless spendthrift, but Stephen, feeling the need of a partner in the absence of Harold, decides it would be a good idea to marry him.  So, with all the assumed prerogatives of a male landowner, she proposes to him.  But almost immediately she realizes that she's made a disastrous error, and Leonard, although not being in love with her, sees her as a solution to his debt problems so he makes plans to blackmail her over a letter she was foolish enough to send him revealing her matrimonial scheme.  Aunt Rowley comes to the rescue and pays off Leonard's debts, even though it puts a large dent in her "widow's mite".

Harold returns from Trinity College and asks Stephen to marry him.  She, fresh from the contretemps with Leo, assumes he's making fun of her, and unleashes a formidable tirade on his head.  He, a loyal and loving suitor, is aghast and, not realizing that Stephen was just letting off steam, leaves England.  Onboard ship, he meets the Andrew Stonehouse family, a wealthy entrepreneur and his wife and six-year old daughter Pearl.  A storm brews up and Pearl is washed overboard but Harold dives in and saves her.  She loves him forever after, referring to him as "The Man".  Harold continues on to northern Alaska, where he looks for gold, and making a big strike, becomes rich.  After two years he decides to return to England

Meanwhile, Stephen has purchased another estate near the coast in northeast England.  She spends all her time helping the poor and indigent and makes friends with a Quaker lady known as the "Silver Lady".  She lives in a kind of watchtower overlooking the sea.  By this time, Stephen has realized why Harold left and she deeply regrets the last meeting with Harold that fractured their developing relationship.  She has acknowledged to herself her love for him.

A huge storm arises and the ship in which Harold is a passenger is caught and driven aground adjacent to Stephen's castle.  Harold dives into the raging surf and manages to splice a line which he is carrying to one that has been shot from the shore, thereby enabling the rescue of the ship's passengers and crew.  But he's caught in a dangerous situation, outside of a jagged tier of rocks that prevents him from swimming ashore.  So he paddles around the point of land enclosing the beach and is rapidly tiring, when a local resident mounts his aquiferous horse, Hercules, and swims to the rescue.  Reaching Harold at the very last second, Hercules succeeds in saving the drowner and they all return safely to shore.

Harold and Stephen are glad to see each other but their memories keep them from resolving their feelings for one another.  Finally the Silver Lady intervenes and tells Stephen to get her act together and the two embrace and are happy.

Stoker wrote at least fifteen books in addition to "Dracula".  He was the manager of the Lyceum theater in London for 27 years, and the effects of that long exposure to the stage pretty definitely influenced his writing style.  In the works of his I've read, his prose is rather the opposite of flowery, but he has the gift of expressing emotional minutia very effectively.  Reading his prose is almost like observing the development of action on the stage, and, in the same way, the reader is, almost in spite of himself, pulled along by the drama whether he wants it that way or not.  The result is a riveting read, involving the peruser in almost a hypnotic relation to the developing plot.  I'm not sure whether I like that sort of thing or not, but it's certainly effective...

Posted by mudpuddle at 9:28 AM