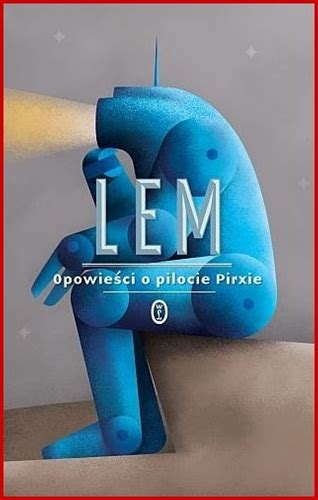 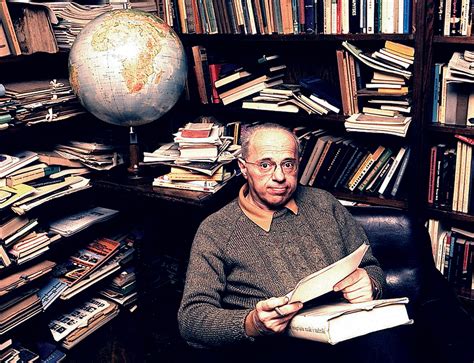 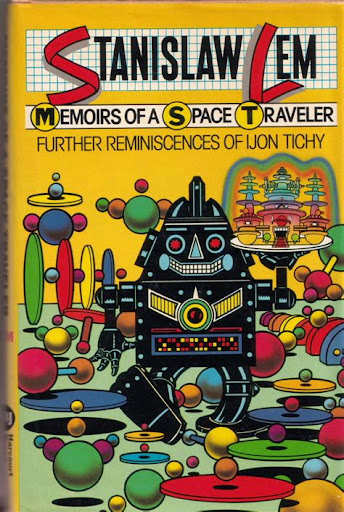 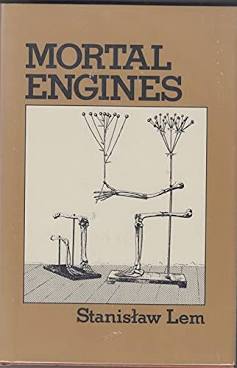 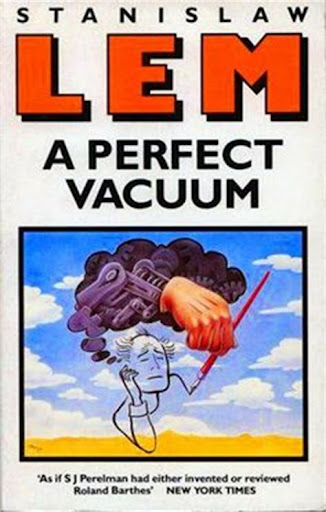 The above pictures are there just to represent the type of unusual mind possessed by Dr. Lem.  These two books describe the adventures and mishaps in the life of Pirx as he graduates from the Space Academy and pursues his career in exploration and colonization of the planets in the Solar System.  "The Test" describes how Pirx flubs his final test while graduating, piloting a ship from initial take-off to the moon, but how everything, accidentally, turns out perfectly in spite of his ham-fistedness.  Each tale in the balance of the book and its successor features a new predicament for Pirx to either solve or muddle through.  There's an ongoing atmosphere of sardonic humor permeating many of the early stories, but as Pirx and the reader grow with experience, the tales magically evolve into subtle analyses of human nature and its relation to the utter strangeness of outer space.

Several of the stories in the first book  are basically mysteries.  In "The Accident", Pirx is sent to the far side of the moon where two scientists have died under mysterious circumstances.  The descriptions of walking across the surface and through boulder fields and craters are superb, as if Lem himself had actually been there and was merely recording his own experiences.  When Pirx arrives at the remote station after doing a bit of lunar mountain-climbing, he manages to make sense out of the various electronic clues left by the late victims, and to solve what seems to be a series of nonsensical events.

In fact, as Pirx ages and the tales become more sophisticated, the relations between robot and human become more important.  Prejudice is examined, amorality plays a role, and the history of anti-android bias is educed.

Lem doesn't just pontificate about what he thinks human attitudes and morals should be, he arranges his plot structures to show what happens under circumstances that bring out latent, instinctive convictions lurking in the human psyche.  In "The Inquest", an advanced android, the equivalent of a human being, controls an accidental mishap in order to alter the fabric of civilization so as to favor the ascendancy of robots in the future.  During an attempt to deposit satellites in the rings of Saturn, one of them is stuck in the ejection slot while being fired out, and the resulting forces endanger the ship.  Pirx calculates the android's intentions and is able to explicate his behavior.

And in the final story, "Ananke", the force of psychological conviction leads to a major disaster on the surface of Mars, when a 1/4 mile long freighter crashes into the planet.  The predisposition to detail has led the designer of the on-board computer to over-program the security protocols of the computer so it gets overloaded while trying to land the ship and literally dithers its way into a major cataclysm.

I've read most of Lem's work, i think, and i have the greatest respect for his penetrating and adept intelligence, as well as his underlying humor and wisdom.  There is a lot of techno-babble included in the context which might put some readers off, but Lem's intentions and perceptions are spot on as regards the human race and its behavior.  I'd recommend these books to any person interested in experiencing what it might really be like to explore other planets in the near - or remote - future.