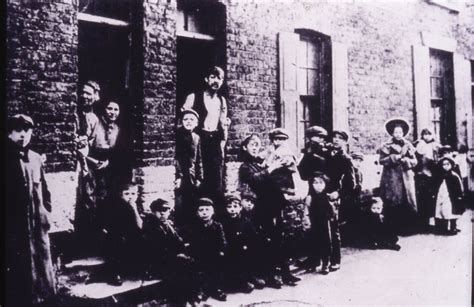 This last novel of Mr. Dickens was considerably more complicated in terms of number of characters and ancillary plot structures than any of his works i've read (I haven't read them all...).  The basic plot is a murder mystery but the many persons winding in and out of the action creates a sort of kaleidoscopic image, kind of like one of those hand-knitted blankets with lots of imagery woven into the fabric.  Gaffer Hexam is trolling the Thames river for dead bodies when he finds the supposedly drowned corpse of John Harmon, although the reader doesn't know the body's identity for another several hundred pages.  One of the principle characters is Lizzie Hexam, his daughter who rows the boat while Gaffer deals with the dead.  She is a young sensitive soul caught in a brutal society but she soon manages to escape London to work in a mill upstream of the city.  Noddy Boffin lives in a house located on the city dump.  Due to confusion over John Harmon's will, he inherits a lot of money and is able to move into a higher rent district.  But before that, he is depicted as a merry old soul who exudes benevolence toward his fellow man.  An itinerant street corner merchant named Silas Wegg has been hired to read him the complete eight volumes of Gibbon's History of Rome, which he does.  There's a mystery lurking in the dump.  Somehow Harmon's will is supposed to be hidden somewhere in the huge piles of "dust" (as the Brits call garbage) surrounding the house.  Wegg and an associate find the will later on in the book and use it as the basis of intimidation directed toward Boffin in hopes of appropriating all his personal possessions and valuables.

Jenny Wren is perhaps the most lovable person in the book.  She makes her living by sewing clothes for dolls.  She is crippled to a certain extent and walks with a cane.  Later on she is instrumental in helping Lizzie hide from various evil-doers.  Eugene Wrayburn and Mortimer Lightwood are wannabe lawyers who don't seem to ever get any cases;  they sit in their office and consume potables, mainly.  Eugene later falls in love with Lizzie with the expected result.  Mortimer and Eugene serve as foils to highlight the absurdities of the Veneering family, who are recent arrivals in the London upper classes and fearless about throwing expensive dinner parties.  It's said of Father Veneering that he never met an invitee that wasn't a long admired friend, whether he knew them or not.

Roger (called "Rogue") Riderhood is a former associate of Gaffer's and is perhaps responsible for his death earlier in the book.  He perpetrates evil deeds throughout and after winning a treasured position as an assistant lock attendant outside of the city, he is influential in setting up the fate of Bradley Headstone, a private teacher in a boy's school who falls in love with Lizzie and drives himself crazy through his single-minded pursuit of her.  Another lady who is pursued is Bella Wilfer, the daughter of a minor clerk who's married to a tight-lipped and stern wife with unfulfilled ambitions.  She is the love object of John Rokesmith, a man of business hired by the Boffins to oversee his newly inherited wealth.  She is initially a flighty, self-centered young lady, but after several shocks she alters her attitude and realizes the importance of basic human virtues.  There is a secret about Rokesmith which is not revealed until the plot has matured a bit more.  It has a lot to do with the ultimate fate of both those personalities.

The action takes place mainly in London, near the docks and to some extent in the more well-to-do neighborhoods.  Toward the end, some of the personalities migrate upriver to where Lizzie and Riderhood are working.  Suffice it to say that the villains get their suitable rewards and some of the rest live happily ever after.

There's a lot of character development in the book.  At one point Boffin becomes entranced with books about misers and collects as many as he can find.  Apparently he has turned into one himself, but the denouement is surprisingly different than the reader would expect.  Altogether there were about 35 characters to follow while reading and it was sometimes a challenge to remember the pertinent traits of each in order to keep up with the multiplexed action.  It was quite contorted on occasion, but i have to say that after four or five hundred pages it became quite interesting.  Looking up at what i've described, i see that i've left out a lot of threads, but i hope i've included enough to create interest in the book.  From what i've read, there are lots of conflicting opinions about whether it was a successful effort or not, but there was pretty much a consensus that it was a work of genius.  I particularly liked some of the metaphorical references made in connection with some of the characters.  They were illuminating and inspired.  Naturally i forgot to write any down, so i guess they'll remain a bit of serendipity for the next reader, lol...