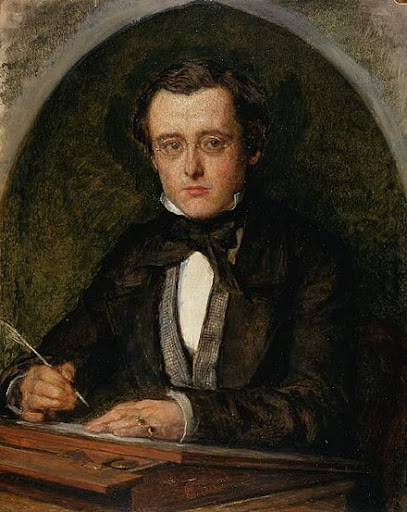 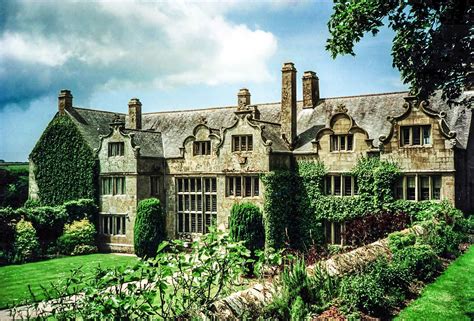 This is a Cornish romance set mostly in coastal Cornwall, the critical action taking place in Porthgenna Tower, a very large mansion with wings, North, South, East and West.  In the beginning Sarah Leeson is tending to the wants of the dying mistress of the house, carrying and fetching and other last rite things.  Mrs. Treverton's husband is a Captain of commercial ships and is absent on a voyage, so Sarah is being seriously attentive to her boss.  Before dying she writes a letter to the Captain revealing a large secret that is burdening her.  Giving it to her maid Sarah, she emphasizes the urgency with which the communication needs to be given to her husband.  But Sarah, knowing the contents of the letter and being intimately involved with same, is aghast.  She feels impelled to do her mistresses' bidding nevertheless.  So as the lady is about to expire, she makes the maid swear that she'll not destroy or let the letter leave the building, but she passes just as she's about to add the most important part:  to give the letter to the Captain when he returns.  Sarah is out of her mind with worry and since she was not verbally instructed to deliver the letter, just to keep it, she decides to hide it.  Which she does, in the Myrtle Room situated in the North wing of the house.  Then she packs up a few possessions and leaves the house, never to return.

Fifteen years pass and the plot moves to a nearby town where Rosamund Treverton is about to marry Leonard Frankland.  Leonard has recently become blind because of over-straining his eyesight while repairing watches.  Captain Treverton is off on a ship somewhere, so the local curate gives Rosamund away.  The Captain has a brother, Andrew, who doesn't take any responsibility for his niece's activities, as he's a miser and a human-hater.  About a year after the ceremony, the couple receives a letter saying her father, the Captain, has been drowned and that she has inherited the Porthgenna establishment.  The two decide to move there and hire a nurse for their new baby.  They travel to Cornwall from London and at one of the last rest stops, the nurse becomes ill and they hire another named Mrs. Jazeph.  The Jazeph lady acts peculiarly and whispers odd things to Rosamund so they dismiss her.  She's actually Sarah under an alias that she acquired in the previous fifteen years through marrying a drunken and violent person who is now deceased.  Something she says alarms the Franklands and they fire her.  She travels to her uncle, her last living relative, who is a little old music box maker named Joseph;  a merry old soul with a fixation on Mozart.  He carries a portable music box with him everywhere that plays "Batti Batti", a nursery tune composed by Mozart in his youth.  After revealing her troubles to her uncle, they decide to travel to Cornwall as well, hoping to reclaim the letter that was hidden in the Myrtle room.  Once at the house, they are faced with a suspicious housekeeper and a bumbling overseer named Mumber.  Both staff members try to frustrate the intentions of Sarah and her uncle, but they evade them and she races upstairs to the Myrtle room door.  But since a window is broken inside, a passing breeze rips off a piece of decrepit wall paper and blows it across the door, causing Sarah to faint, convinced a ghost inside bears evil intentions toward her.  They escape and elude pursuit, returning to London.

Meanwhile, Andrew the brother of the Captain and his valet Schrowl receive a letter from Rosamund's lawyer interested in whatever they might know about the Myrtle room.  They know that that room is where the Secret is hidden but they don't know where in the North wing it is.  Andrew rips up the letter but Schrowl pieces it together and wants to sell his information about Porthgenna for five pounds.  The Franklands reach the Tower and move in and begin to search the dilapidated and abandoned section of the house for the right room.  They finally discover it and force an entrance and start poking about in the bits of furniture that are left.  In an old escritoire, Rosamund discovers a folded up sheet of paper and, opening and reading it, is SHOCKED!

I'll leave the ending to be unveiled to such readers that might be driven through sheer overwhelming curiosity to read the novel.  Suffice it to say everything is wound up more or less satisfactorily, thereby resolving the driving force that has been augmented throughout the narration.

I was curious about the book's popularity until i started thinking about the social conditions and limited lives led by the tech-free inhabitants of Victorian England.  This book and others like it must have been regarded as absolute treasures to those readers who had very little opportunity or ability to enjoy their lives in such a regimented and class-bound society.  Even today, with TV, movies, stereo, computers and all the ancillary gizmos open to the average person, i found myself caught up in Collins' world and eagerly turning the pages until i found out what the SECRET actually was...  it was a fun read and i'll probably investigate more of his lesser-known works...

I should add that Collins has a great gift for depicting odd characters.  In addition to the ebullient uncle Joseph, his description of the attitude and thoughts of the lumpkin Munder are hilarious.  And the designing and slavering Schrowl, after his five pound note,  seems taken from the life.  Andrew himself would be unbelievable if similar personalities had not been known to exist in reality.  Earlier in the book, Mr. Phippen and his delicate digestion equal any description i've read concerning gastric tribulations and the overall debilitating effect on the sufferer thereof...  Read it you'll like it!

Posted by mudpuddle at 3:52 PM