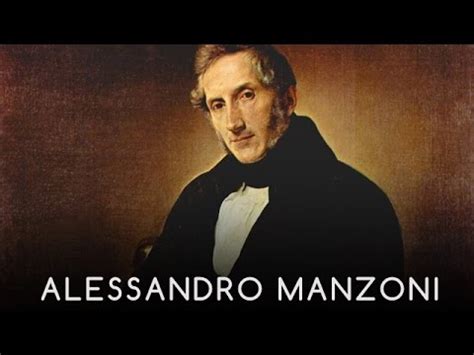 November 7, 1628.   Father Abbondio, sixty years of age, is traipsing down a mountain trail, headed home when he's accosted by two bravos.  (This takes place in Lombardy in northern Italy.)  A "bravo" is a sort of hanger-on, or private soldier that relies on and does the bidding of a territorial Count or Don.  In this case, the two baddies tell the good father to postpone or cancel the proposed marriage of Lorenzo and Lucia, as Don Rodrigo has an interest in the lady.  Abbondio is upset.  He's naturally reticent and fearful, and doesn't want to ignore his responsibility, but on the other hand he's deathly afraid of whatever revenge the Don might have in mind if he doesn't co-operate.  So when he talks to Lorenzo that same evening he hints that it would be a great idea if the couple were to postpone the rites.  They are flabbergasted.  Lorenzo is a parent-less silk weaver, a skilled occupation, and at first he doesn't know who to turn to.  His potential mother-in-law suggests he consult with the attorney, Doctor Quibble-Weaver, which he does, but attains no satisfaction.  In fact the lawyer kicks him out of his office.  Later Renzo discovers that he's a toady of the Don's.  So the mother of Lucia next suggests they all go to see Father Cristoforo, an influential religious figure with a reputation for correcting injustices.  Cristoforo pays the Don a visit at which he notes the presence of Quibble-Weaver and a table full of rowdy and insulting minions.  They laugh and point him toward the door.  Rodrigo senses that there is opposition to his intentions and decides to kidnap Lucia.  At the same time, Agnese, Lucia's mom, figures out a way to fool Abbondio into performing the ceremony by using a little known clause in the civil code.  They try their ploy on the same night that the bravos plan their nefarious deed.  Abbondio is aghast at what Agnese wants him to do and begins yelling which alarms the night watchman who starts ringing the church bell to wake the village.  People leave their houses and run around the streets scaring each other with imaginary disasters and phantoms.  Meanwhile the two baddies have ransacked the house, looking for Lucia, but find nobody home, so they make tracks out of town.

The three, Lucia, Renzo and Agnese visit Cristoforo for advice.  He counsels them to leave town for a while.  The two ladies travel to the Monza Convent near Milan for refuge and Renzo goes to Milan itself to ask Fra Bonaventura's opinion on what to do.  Renzo arrives during a bread riot and due to overindulging in vino and expressing himself too outwardly, is arrested by a couple of police persons but manages to escape.  He makes his way out of Lombardy and gets a job in a cousin's silk factory in Bergamo.  But he can't return to Milan because the authorities have blown his involvement in the riot way out of proportion and are actively searching for him as one of the ringleaders.  Lucia, due to the conniving of Rodrigo's uncle, is fooled into taking vows to be a nun.  Still hungering for her person, Rodrigo talks to another relation who is entitled by the author, "Unnamed", probably because he resembles a genuine figure in history and whose relatives he doesn't wish to get in bad with.  The Unnamed pulls strings to get the head abbess of the convent to send Lucia out with a message for a non-existent person and more bravos capture her and take her to the Unnamed's castle in the mountains.  Unnamed has led a life of cruelty, greed and immense criminal activity, but seeing the poor unhappy Lucia locked up in one of the cold stony castle dungeons causes him un-looked-for misery.  So over night he changes into a benevolent, helpful soul, willing to do anything to help anyone.  Federigo Borromeo arrives at the village below the Unnamed's castle.  He has a national reputation as a wise, kind soul who is possessed of bounteous generosity.  He arranges for Lucia to enter the service of a local member of the nobility where she'll be safe from the devious lust of Rodrigo.

Lorenzo has gotten tired of not knowing what happened to Lucia or where she is, so, receiving a letter informing him that she is in the convent, he journeys to Milan to find her.  Unfortunately the plague has arrived and people are dying by the thousands.  It was brought by the 27,000 remaining survivors of the Thirty Years War in Germany who, with nothing else to do and no prospects, decided to invade Italy.  Renzo explores Milan, looking for his Betrothed, and finally hears that she can be found in the lazaretto.  This last edifice is a huge fence structure just outside of the city filled with shacks and temporary housing and at this point houses somewhat more than 10,000 ailing sufferers.  Lucia is there helping out where-ever she can and Renzo eventually finds her.  They  both have contracted the disease but survived.  They return to their village and are married by Abbondio, but since Renzo has prospects in Bergamo, they sell their holdings in the village and move there, where they live happily ever after and have lots of kids.

This is a very brief synopsis of this quite long book.  It's pretty famous, having been translated into many languages, and in some respects lives up to its repute.  Manzoni was not a very focussed author;  he rambles a lot in the book, citing histories and statistics and going into detail about the plague in 1630 and the bread riots leading up to it.  The description of the plague and its progress rivals that of DeFoe in his "Plague Year".  His forte is in character analysis and presentation.  He successfully and in very convincing style gets into the motivations and feelings of Lucia and Lorenzo in particular, although he's not so successful in conveying the reason's for the Trumpic rationales of Rodrigo and the Unnamed.  The latter twopretty much just appear to be mindless goons out for whatever they can steal or whoever they can dominate.  And the overnight rehabilitation of the Unnamed is not very believable.  Still, it was an interesting book because Manzoni was a curious person:  the sort that gave the impression of having the potential of becoming a friend or charming dinner companion.  He was probably a fascinating conversationalist and undoubtedly knew a lot about Italian history.

Posted by mudpuddle at 3:46 PM