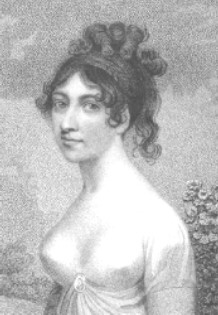 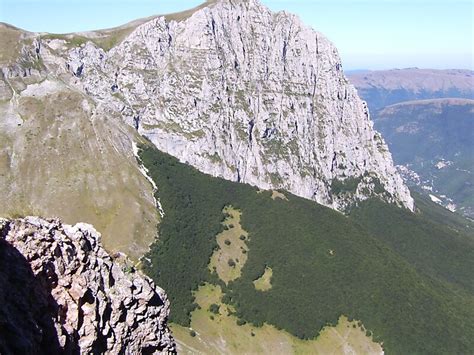 The time is the late fifteenth century.  In Venice, Italy, the di Loredani's are throwing a fete to celebrate Victoria Loredani's birthday.  The Marchese di Loredani had married his wife, Laurina after her having been his mistress for several years.  They had two children, Victoria and Leonardo, who had been brought up haphazardly, and had their characters formed, perhaps adversely, by the proud and pugnacious society of the time.  Affairs of honor, and lax conditions of morality were the prominent features of the somewhat degraded upper classes, the members of which spent most of their time verbally sparring in their constant attempts to establish their superior dignity.  Sometimes they used knives, or swords.

A stranger arrived uninvited at the party.  Charismatic and handsome, Count Ardolph soon attracted the interest of Laurina and the two arranged for a meeting after the celebration.  Ardolph was a veritable Don Juan and Laurina fell madly in love with him.  The Marchese and the Count met on an afternoon stroll, fought with knives and the former was fatally stabbed.  Ardolph persuaded Laurina to run away with him, and Victoria went with them.  Leonardo was disgusted by the whole business and left town for parts unknown.  A villa in the remote hills, Monte Bello was rented by the absconding party and they lived there in isolation, spending much of their time dealing with and participating in affairs organized by the local criminal element.  The presence of Victoria was an inhibition on their illicit activities, so they took her to stay with Signora Modena in Treviso, an unpleasant, rather sadistic old lady who kept Victoria locked up in her room for the most part.  But with the help of a servant girl and the luster of a gold ring, she managed to escape the old crone's clutches and return to Venice.  She had fallen in love earlier with Count Berenza, a Venetian she had met in Monte Bello, and was mad to see him again.  When she arrived, Berenza locked her up in a room and tried to educate her as he was more interested in her brains than her body.  To wit:

"Such was the determination of the reasoning philosopher, whose delicate and fastidious mind made its own food, and took for ever a pleasure in repining upon itself."

In a confused exchange, another interested party, Megalena Strozzi, hires an assassin to kill Berenza because she resents his supposed taking of Victoria as a mistress.  One night Victoria hears a disturbance in Berenza's bedroom and she enters just in time to keep him from being stabbed although she herself is stabbed in the arm.  It turns out that the stabber is her brother Leonardo.  Leonardo, after he fled Venice, found refuge with the Zappi family near Naples, but Zappi's wife fell in love with him so Zappi kicked him out.  After several adventures, including working as a gardener for old Nina, Leonardo returned to Venice where he was befriended by Megalena.  After the assassination attempt, Megalena and Leonardo run away to the island of Capri.

Five years later, Victoria is still living with Berenza when the latter's brother arrives for a visit.  Victoria immediately falls madly in love with him, but he doesn't care.  Driven to desperation, she tries to get Henriquez to pay attention to her but he's already enamored of Lilla, the daughter of a Venetian patrician.  Victoria doesn't know who to kill first:  "dark and dreadful are the intricacies of the human heart".  One night she has a dream in which a tall dark stranger, Zofloya, guides Victoria to a chapel where she sees Lilla die and be replaced by herself,Victoria, and Berenza falls down covered with blood and Henriquez turns into a skeleton.

Spoilers, pretty quick:  Soon Zofloya in person is a constant visitor at Berenza's palace.  He is ostensibly a servant of Henriquez, acquired in Spain when Zofloya was taken captive in the Spanish/Moorish wars. He's a master of secret medicines, an artist in "the morbid refinements of a sickly fancy".  Wearing a white turban, a lot of gold rings and staring at her with lambent dark eyes, Zofloya persuades Victoria he can help achieve her wildest dreams.  He gives her some poison which she uses on Berenza.  He ails and suggests they move lock stock and barrel to a castle he owns in the Apennine mountains where his health might improve.  Once there, Berenza eventually dies, but Henriquez is still in love with Lilla to Victoria's teeth-gritting rage.  So with Zofloya's help, again, they kidnap Lilla and chain her up in a cave in the mountains.  Henriquez is fading away for love for her, so with the aid of Zofloya, Victoria plies him with eye-altering drugs so that he thinks she's Lilla.  They have a nice time together until the dope wears off, then, seeing that his inamorata is not Lilla but Victoria, he falls on his sword, killing himself.

Victoria dashes out and runs to the cave, where she frees Lilla, stabs her, and throws the body over the cliff.  Time passes and a scene opens with Zofloya and Victoria standing on a precipice in the Alps (near Mt. Cenis, actually).  There's a lot of thunder and lightning and the two are accosted by a band of banditti who take them to their lair:  a cave located in a deep canyon.  They are captives but are not treated harshly;  they are under a sort of parole and can walk outside occasionally.   The chief and his  wife wear masks, but Victoria recognizes them anyway.  One day a traveler enters the cave dragging an abused lady with him.  The chief knows him and immediately sticks a knife in him and rescues lady who is his mother, her captor being the Count Ardolph.  She dies soon after and they discover that the Duke of Savoy is on the way with a band of troops to wipe out the bandits.  The chief, Leonardo, and his wife, Megalena, stab themselves and there's a huge earthquake which kills a lot of the bandits.  Zofloya grabs Victoria during the ruckus and takes her to another peak and reveals himself to be Satan, and laughing gleefully while the lightning rages with red light, he throws her over the cliff.

I have to say, regardless of the dated textual material and plot, that Ms. Dacre was a master of prose, in my opinion, anyway.  She had a very large vocabulary and really knew how to use it.  I felt shivers traversing my spine several times while reading some of the more horrifying episodes, in spite of the somewhat, or altogether, "Perils of Pauline" ambience.  She wrote in a time when ladies were not supposed to do that sort of thing, but not only made a success of it (she wrote other books, also), but carved out a path for other literarily inclined women to follow.  I don 't know if any academic studies have been made of her ouvre, but it would be fresh territory for some grad student to investigate...

I should also say that the main gist of the book had to do with chains of circumstance:  how a single action (in this case, Laurina's decampment with Count Ardolph) led to a whole series of dire events and deaths, with both her daughter and son falling into undisciplined and baneful situations, not to mention Laurina's own demise.  Surely Ms. C meant all of this as an object lesson, but her perhaps overly pedantic purpose was alleviated by the beauty and effectiveness of her prose...  I should also add that the reason i got this book in the first place was that it was supposedly a favorite of Shelley's.  How or if it effected him and his complicated affairs with the opposite sex is open to question...

Posted by mudpuddle at 2:20 PM