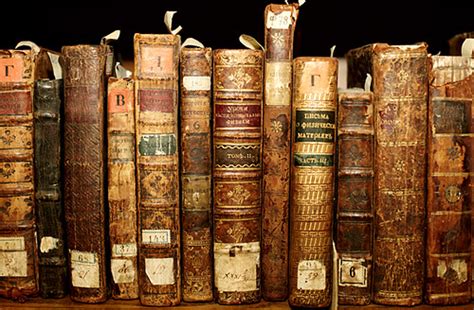 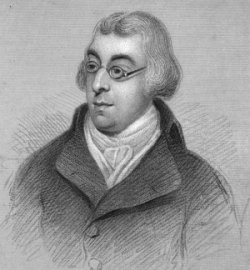 CURIOSITIES OF LITERATURE, VOL I

Mr. Disraeli's father had emigrated from Italy early in the century, disgruntled and oppressed by business failures in that country.  His son Isaac took the new country to heart and converted to the Protestant religion at an early age.  He was left a considerable amount of money when his father passed on and used it to support his family while pursuing his fascination with history and literature.  The "Curiosities" in three volumes was a product of his maturity, although it occupied some twenty years of research and authorship before it was published in 1791 by John Murray, a long-time friend and dinner companion.  (My copy was published in three volumes in 1824 by Murray).

The book is constructed quite like an encyclopedia, consisting of short essays on subjects that Disraeli found interesting:  they range from the ancient Greeks, through the Roman and French civilizations, up to recent historical events in the 16th century.  This first volume has 97 entries;  a few samples are characterized below:

Libraries:  Pisistratus in ancient Egypt is recorded as regarding libraries to be "medicine for the mind".  Caesar Augustus apparently compiled the first Imperial library, borrowing and stealing works liberally from the collections accumulated by ancient Greece.  Nicholas Nicoli established the first public library in Italy.  Later it was augmented through the efforts of Cosmo d'Medici.  In 1364 the Royal French Library had 20 books, but they acquired a sufficient number by the next century to sell 900 of them to England.  Early English collectors were Robert Cotton whose collections were the base of the Bodley Library, and Robert Burton, author of "Anatomy of Melancholy".  By the Elizabethan age, books were popular enough that the Queen occupied her idle hours by sewing her own book covers.

Recovery of Manuscripts:  Cotton was in a position to do the developing society a great favor.  He happened to be passing a tailor's shop in London shortly after the signing of the Magna Carta and noticed the tailor with scissors in hand about to slice up an old piece of parchment to make a pattern.  Cotton was able to rescue one of the few remaining copies of the document in existence through his abrupt entrance into the shop.  John Aurispe spent years investigating the cellars and attics of old monasteries for old manuscripts and found hundreds of forgotten Greek and Roman works moldering away in solitude.  Even Dr. Dee, Queen Elizabeth's astrologer, had a small hoard of arcane editions, although his treasures were disbursed after his decease.

Sketches of Criticism:  Homer was accused of plagiarism.  He was accused of stealing the works of former poets from the Vulcan Temple in Memphis, as well as from locales in Syragus and Suidas.  Plato's children said he was a lunatic.  Plato was caught in the act of trying to burn Democrites' works.  Plutarch wrote a treatise on the malignity of Herodotus.  Xenephon wrote novels and Horace was only known because Virgil and Varus popularized his work.

Amusements of the Learned:  Tycho Brahe relaxed by constructing mathematical instruments.  Richelieu amused himself by trying to jump over walls;  Samuel Clarke liked to jump over tables.

Patrons:  When the Cardinal d'Estes first read Ariosto's Orlando, his reaction was "Where the devil have you found all this nonsense?"

Poets, Philosophers, and Artists made by Accident:  Cowley was inspired to write through admiration of Spenser's "Fairy Queen".  Vaucanson, the early roboticist, was galvanized into making his first clock by watching a pendulum for hours;  later he created a flute-playing robot.  LaFontaine, a large, ugly, awkward person, was motivated into writing his charming little tales by reciting poetry in the forest.  Benjamin Franklin got interested in inventing things from reading "Essays on Projects" by De Foe.

The Progress of Old Age in New Studies:  Socrates took up music in his later years.  Cato at 80 studied Greek and Plutarch took up Latin.Dr. Johnson learned Dutch at 70 and Dryden held the record for the most poetry written by one person in English by the time he passed on.

Men of Genius Deficient in Conversation:  Corneille, Descartes, and Addison were all known for their non-participation in general conversation.  ID:  "the Countess of Pembroke said Chaucer's silence was more agreeable than his conversation".

Singularities Observed by Various nations in their Repasts:  Inhabitants of the Maldive Islands eat by themselves.  The ancient French Kings were served by waiters on horseback.

Joan of Arc:  Rumors of the time indicated that she escaped the flames but the ceremony was carried through to appease certain officials.  Also that she was actually a man in disguise.

Spanish Etiquette:  Phillip III died of heat stroke in 1621 at the age of 24 because his fireplace could only be attended to by a servant who wasn't available at the time.  His sister was caught in a house fire and rescued by a common soldier who was condemned to death for touching royalty, but later forgiven.  Don Carlos, son to Phillip II, made a book with empty pages to contain the voyages of his father.  The latter's trips consisted of traveling from Madrid to the Escurial and back.  The son later lost his life through his father's agency as a reward for his sense of humor.

A Senate of Jesuits:  King Sigismund of Sweden spent years as king of Poland.  During the interim, Jesuits were honored to take over the government in Stockholm.  When they arrived at the capitol aboard their ship, the reigning governors bombarded it to pieces and subsequently expelled all the Jesuit citizens from the city.  The Swedes had been mostly Catholic, but soon after they converted en masse to Lutheranism.

Gloves:  Xenophon said Persians wore them (he thought they were effeminate).  Homer implied the same of Laertes, who he said wore them while gardening.  Glove giving was associated with seating of an individual in office.  Later they were used in knightly challenges.  Gloves were meant to be removed, during the middle ages, when working with horses and their effluent.

Relics of Saints:  From the Ninth to the Twelfth Century and beyond, they were made, purchased, sold and stolen with religious fervor.  Stealing a relic was termed "translation" so as to avoid accusations of criminality.  Monks in despair for one reason or another frequently beat up their relics with rods to get what they wanted.  Prince Radziwill's Keeper of Relics accidentally lost some of his master's holy items and in fear of reprisal, made some to replace them.  When the Prince discovered the bogus artifacts, he pardoned the Keeper and turned Lutheran.  The bottom fell out of the relic market during the destruction of English monasteries during the reign of Henry VIII.

The other volumes were about the same size as this one, so that would amount to about 300 essays altogether.  Isaac had a great sense of humor, as many of the ones i read were really funny, bordering on sarcastic.  And the prose was very readable;  it could well have been produced in the 19th C. without much revision.  I don't know why the books aren't better known;  they're a pleasure and a great distraction from our over-populated and tediously busy "civilization", haha...  anyway i had a lot of fun reading Disraeli's wry and revealing selections from human affairs as they evidenced themselves through history...  that's not to say that he was one hundred percent accurate in all the information he proffered, but he certainly managed to convey a striking impression of himself:  intelligent, resourceful, industrious and loving in spite of his somewhat jaundiced attitude toward human activities.  He had five children and it must have been a wonderful ambiance for his son Benjamin to grow up in.

Posted by mudpuddle at 3:11 PM