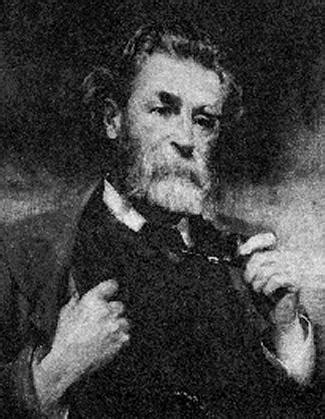 Josiah Flintabbaty Flonatin was a physical scientist and a member in great standing with the Society for the Exploration of Unknown Regions.  He was a short person with a large bald head and prehensile arms and skinny legs and a pipestem body.  At one of the meetings of the Society he heard about a bottomless tarn recently discovered in the Rocky Mountains.  Another explorer had gone to great efforts to determine its depth and had dropped 1200 feet of rope into the water and not touched rock or anything else.  He named the lake Avernus.  Flonatin (familiarly known as Flin Flon), after a little research, gave a lecture to his fellow members outlining his intention to explore the depths of the mysterious body of water.  He had decided to build a submarine equipped with all the modern tools and conveniences with which to conduct an extensive survey of the lake.  Once constructed, the sub was shipped to the location in pieces and assembled on the shore.  With Flon at the helm (he was alone except for a goat, 2 hens, 6 rabbits, a cat and a dog) he pointed the nose of the 34 foot long vehicle downwards and started pedaling.  Motive power was supplied via weight-assisted cranking as on a bicycle.  At two miles down Flon observed goggle-eyed pipefish stating at him.  After four hours the sub was precipitated over a waterfall and caught in a strong current that carried it along at 20 knots an hour until it ran into a rock.  Igniting some magnesium wire he'd brought along for the purpose, Flon saw that he was in an immense cavern lined with monstrous calcite crystals, some of them resembling plants or animals in their stalactitic or stalagmatic accretions.  After some difficulty encountered in the forms of obtrusive rocks, the sub was sucked into a huge smooth-sided tunnel and carried along until the river split into numerous deltaic branches and lost much of its forward momentum.  Flon took the opportunity to do a bit of exploration, finding depositions of plutonic strata, interbedded with granite, quartz monzonite, porphyritic assemblages and some gneiss and schist inclusions.  He described the area as a "myriorama" of formations and determined that it must be the base of an extinct volcano.  Returning to his vessel, he discovered it missing;  apparently he'd not moored it correctly.  He walked downstream for a long time until he saw before him two large eyes glowing in the dark that turned out to be the headlights of the sub.  It was undamaged and Flon continued on downstream to another large open space, where noted that the air was sparkling with tiny blue flashes of light which he attributed to errant electrical discharges from differing potentials in the local mineral bodies.  Blue flames and lightning bolts occasionally lit up the atmosphere.

Proceeding at 25 knots per hour, the sub raced downward into another vast cavern where Flon noticed rainbow-colored clouds produced by static electricity and lots of plants and trees alongside the river.  He saw birds and animals flickering through the jungly overgrowth and saw that instead of being green, the foliage was all bronze-colored.  A little further down he stopped the sub to investigate a sighting of a yellow colored mineral and realized that the countryside was literally covered with gold.  There was millions of tons of the stuff.  Flon went a bit nuts and began grabbing up all he could hold and stuffing it into the sub.  Later, after meeting the local inhabitants, he was chagrined to find out that gold was not valued except as a construction material;  it was used for buildings and houses.  The really valuable mineral there was tin which was very scarce.

The sub soon floated into the outskirts of a local city where the citizenry viewed him and his boat with alarm.  He was laughed at by the denizens because he didn't have a tail.  The presence of a tail indicated that the owner was a true human being at the ultimate peak of development, as opposed to those without caudal appendages who were considered to be inferior.  As he later found out, the city had been there about two million years and was founded initially on top of another one that had disintegrated over time. Flon was taken in hand by the local authorities and conducted to the court of the king.  He had difficulty communicating  until an ancient scholar taught him the language.  He realized that with a slight change of intellectual apprehension the language was quite easy to comprehend.  For instance, the court doctor's name was Yrekcauq and the vizier was Ytidrusba.  The name of the country was Esnesnon.  The government was a matriarchy in spite of having a king and one of the principal functionaries was entitled Ms. Sregdorpittemmocaig.

After familiarizing himself with the political situation and the  customs and cultural amenities, and after a period of incarceration during which the authorities had time to get him used to local deportment and legal strictures, and after the King's daughter (Princess Yobmot) became interested in him, Flon was permitted to wander at large in society and to study its members.  He found that there was a lot of unrest, principally having to do with social status, and that the citizenry spent a lot of time quarreling with each other.  At one point Flon is arrested for treason for interviewing Mrs. Ytidrusba and implying that women were not the most ideal persons to run a government. By this time Yobmot had fallen love with Flon and she was pivotal in lining up the city's best legal counsel who managed to get the charges dismissed.

Yobmot told Flon about a nearby mountain that she had attempted to ascend that seemed to have a large cave on its peak.  Being tired of the city and its argumentative residents, he arranged with the King to finance an expedition to investigate the curiousity.  Coincidentally a revolution began in the city, mainly between two members of the upper classes who disagreed about the efficacy of cab-drivers.  One of them wanted to kill them all and the other didn't, all due to the drivers' penchant for sassiness and over-charging.  The  palace was assaulted by hordes of raging citizens and Yobmot and Flon barely had time to escape with their provisions and assistant climbers, but they successfully climbed the mountain and entered the mammoth cave at the top.  Yobmot was in love with Flon and wanted to go with him to the surface.  The others followed, but grew disconcerted and either  died or left.  After weeks of trudging through volcanic conduits, lava tubes and magma chambers they reached a large lake, presumably formed at the base of another volcano.  Yobmot laid down and expired, having given her all for love.  Flon by this point had fallen in love with Yobmot as well, but in spite of his sorrow, he forged ahead, climbing lava cliffs and clambering up endless series of rough passages and lava galleries.  Eventually he saw daylight and emerged in an amorphous mountainous region.  He stumbled along until he ran into two gold miners who guided him to safety, in the town of San Francisco.  After recovery, he returned to his home in New York and made arrangements to give a talk at the SEUR society.  But he found, after speaking for quite a while, that none of the other members believed him;  they thought he'd lost his marbles.  So Flon retired and stayed home reading and tending his garden until he passed away at the age of 100.

It was hard to not recognize Jules Verne's influence in this book.  The language was similar, using a kind of upper class Anglo-Scientific jargon with elegant phrasing.  Even the names resembled Verne's:  Flin Flon, for example.  The commonalities with "Around the World in Eighty Days" or "20,000 Leagues Under the Sea" were pretty obvious, not solely in the plots, but in the descriptions and the timing as well.  But i enjoyed it a lot because of the geology and because of ...  well, because of the geology, haha...  but it was imaginative and exciting and intellectually challenging:  vis a vi the language.  (If you spelled your name backwards, what would it sound like?)...  and lots of fun.  The book is listed in Gutenberg if you're at all curious...

Posted by mudpuddle at 2:09 PM