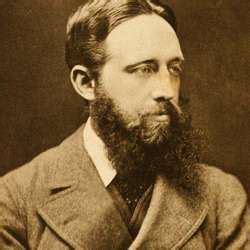 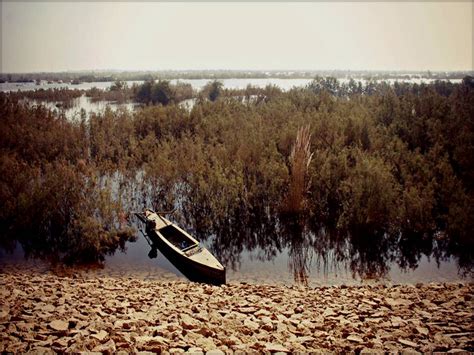 The first part of the book describes a geological transformation called "The Change" that occurred in England some hundreds of years before the story begins.  Because the Thames became silted up downstream of London, the river backed up and flooded not only the city on a permanent basis, but also the surrounding countryside, the fens, and even central England.  Somehow the central highlands vanished, leaving a large, island-dotted lake that extended north and south, from the moors almost to the Scottish border.  The Severn ceased to flow as well because the ancillary streams and rivulets carried the erosional effluvia from the abrading mountains downstream and plugged it up.

Humanity survived and recovered from the disaster to establish a sort of medieval society, based on local satrapies and loose allegiances that served to protect walled villages ("Baronies" as they were known) from foreign invaders.  Constant warfare was the general rule, with the Welsh and Scots continuously making forays on the English settlements.  In addition, Bushmen and Gypsies made traveling by horse, cart, or foot through the extensive forests surrounding the lake normally hazardous.  Science and Technology were non-existent and the inhabitants explained incomprehensible occurrences as the result of magic.

Felix Aquila and his two brothers lived in a Barony close to a small river.  Their father, the Baron, was not an enthusiastic utilizer of power, preferring to allow his small estate to run itself.  To Felix, life was utterly boring, so he built a canoe and set off on an exploration of the lake.  He was in love with a neighboring Baron's daughter, Aurora Thyma, but although she reciprocated, he knew there was no chance of them getting together because her father was ambitious and wanted to use her to advance his holdings via an appropriate marriage.  So Felix was looking for a way to make himself acceptable to her dad.

Initially his plan was to visit Isembard, a powerful King on the other side of the lake, hoping to achieve fame and/or position congruent with Aurora's father's expectations.  After being stuck in the mud and evading a ship full of pirates, he left the canoe in a hidden encampment and walked to the city of Iwis, where Isembard was besieging a castle belonging to one of his neighbors.  Felix soon realized that the armored knights as well as the King and officers of the court were totally incompetent.  They spent most of their time drinking and making ineffective raids on the castle walls with not enough assailants to achieve any sort of victory.  When Felix tried to straighten them out (he suggested a catapult), he was arrested and threatened with dire physical harm.  So he managed to escape and made his way back to the canoe and set off toward the North.

He was caught by a west wind and driven into a wide embayment in which he noticed that all the birds were flying opposite to the way he was traveling.  And all the greenery seemed to be drying up.  He became more alarmed when the water turned black and the air became misty with a noxious and deadly miasma.  He finally landed on a rocky beach and after walking about for a while, came to feel rather woozy and light-headed.  The ground was all black and stuck to his feet and there were no birds or any other signs of animal life.  So he retraced his steps, feeling worse all the time, and barely made it back to the canoe.  Luckily, the wind had changed so it helped blow him out of the danger zone.  It was only then that he realized he had been exposed to the deadly region that now occupied what was originally the city of London.  Millions of bodies and toxic chemicals had been buried by the silt from the mountains and the entire district was devoid of life and deadly to any form of sentient being.  The poisonous gases from underground pervaded the entire area and made it a tenebrous death-trap.

Traveling south, Felix happened upon several sheep herders and finding them friendly and courteous, went with them to their main campsite, where he met the leader of a large group of persons who made their livings by herding and trading sheep.  He spent several weeks with them and learned that their principal danger came from marauding bands of Gypsies, who stole sheep and tried to murder them.  So Felix introduced them to archery, which art was not very well known in that world.  At one point he stood off a band of 200 raiders with his bow and arrow:  apparently the sudden apparition of a totally unknown technology convinced them that he was a magician.  The sheepherders were so impressed that they made him King.  (Spoiler, of a sort, ahead). So, after sojourning with them for a number of months, he departed to make his way back to Aurora's demesne with the purpose of eloping with her back to his new Kingdom where he intended for them to live happily ever after.

The book came to sort of an abrupt end, with Felix traveling west.  There were a number of loose ends that were never addressed.  What was going to happen to Felix's home Barony?  And what if Aurora's dad still wouldn't let her go?  And were Felix's two brothers going to live with him?  And how would they live once they got back to the sheepherder Kingdom.  Would Aurora like spending her life with a bunch of smelly sheep and not having a real house?  But Jeffries was probably not concerned with those sorts of mundane questions.  He was a naturalist and loved animals, birds, forests and meadowlands.  The book was filled with acute and knowledgeable comments on bird habits and animal behavior.  In reality, it was pretty obvious, reading along, that he was a lot more interested in the wildlife than in the ignorant humans.  I wish he'd suggested any sort of basis for the geological transformation of the countryside;  it was provocative and interesting, but not very realistic, England being made up of formations dating from the early Paleozoic to the late Mesozoic eras and dipping to the west.  It would take a major cataclysmic revolution of modern geologic thought to produce the kind of derangements he had in mind.  Good book, though...

Posted by mudpuddle at 1:21 PM