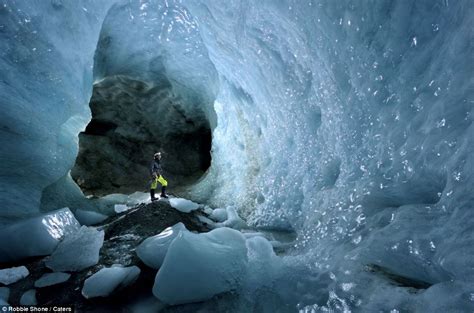 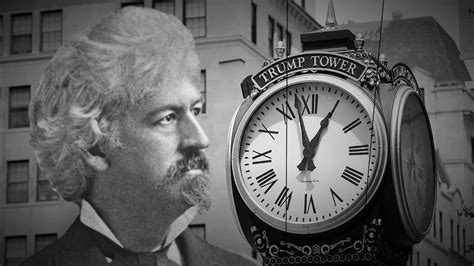 Bulger was an intelligent dog, a Pomeranian mix, short with a large head.  His master was shaped like him, with pipestem limbs and an oversized cranium.  One day, browsing in a curio shop, Wilhelm Heinrich Sebastian von Troomp ran across a dusty old manuscript and purchased it.  It was an account by Don Constantino Bartolomeo Strepholofidgeguaneriusfum of an expedition he had once made into a system of caverns located in Northern Russia.  Enthused, Trump determined to trace the Don's steps in spite of his father's disapproval.  Following the information on the map, he traveled east from St. Petersburg by train and peasant cart to a remote village on the Krasnoyarsk Peninsula, where he hired a local farmer to lead him to the Giants Well, as it was termed, in the northern mountains.  Before they arrived at their destination, Yuliana the peasant, terrified by "the black rocks hanging like frowning giants and ogres over their heads, with the dwarf pines for hair, clumps of white moss for eyes, vast, gaping cracks for mouths, and gnarled and twisted roots for terrible fingers, ready to reach down for their poor little weazened frames", ran away, leaving Bulger and Trump to fend for themselves.

The two explorers, after enlisting the services of a local cow as guide, eventually found themselves on the lip of a huge hole, funnel-shaped, that led down into a seemingly bottomless pit.  As it seemed narrow, Trump covered himself with lard and, attaching himself to a one hundred pound rock by a length of rope, pushed the rock over the edge and perforce found himself stuck in the tight spot, unable to move up or down.  Twisting himself around, he managed, corkscrew fashion, to free his body so that it fell a short distance onto a hard surface, which, with the aid of a myriad of spark-emitting lizards, he observed to consist of marble stones, ground flat to form a road surface.  The pair of adventurers followed the road until they arrived at a park-like garden with four fountains illuminating it.  A small person with a large black fan informed them that they were about to enter "Goggleland" and that their greeter was named "Cold Soul" and he was the prime minister of the country ruled by Queen Galaxa.  This Kingdom was totally socialist, with everything owned by the Queen, but all articles as well as food were free to all.  The Gogglites had transparent hearts, so there was no crime.  Each citizen's deepest desires could be seen at a glance.  Disease was rare, the most serious malady, "iburyufrosnia", derived from too much happiness, resulting in uncontrollable laughter that the doctors regarded as the effects of shivering.  Occasionally this was fatal.  The Queen's daughter was called Glow Stone, also known as Crystalina.  She was sad because of a dark spot on her heart, which meant she could never inherit the throne.  Observing closely, Trump saw that the spot was actually red so he used a large piece of ice to magnify the picture , showing the population that she was not, as they all had supposed, ineligible for the succession.

Leaving the rejoicing realm, Trump and Bulger continued on their journey until they espied a large dome flush with yellow light, and a pair of huge silver candelabra, marking the entrance to the land of the "Soodopsies", or the Ant People.  The citizens didn't look like ants, they just acted like them.  They had been driven underground by climate change.  Their city was built of solid silver, found locally in copious seams.  The residents neither could see, hear, or talk, conducting all communication through their acute sense of touch.  They could read, however, feeling letters and sentences with their feet;  books being incised on the surface of the local roadways.  They were a philosophic people, feeling that "vanity is the soil that rulers spring from, resulting in war, greed, hate, and competition".  They felt that dogs were more saner than humans, as their hearts and brains were on the same level.

The marble road ended at a large river, and Bulger and his associate entered a 5X8' turtle shell boat and cast off downstream.  They were attacked by giant white crabs, but Trump scared them off by firing both his pistols underwater, simultaneously.  They arrive at the land of the Koltykwerps (cold bodies) soon after, a country of ice with a large palace of the same element perched upon a terrace, and lit by sunlight reflected through a crack in the mountains and directed down into the cavern.  King Gelidus welcomed them and attributed the inhabitants' presence to the influence of the last ice age which drove them underground from their original home in Greenland.  The Koltykwerps were slow but deep thinkers, regarding others as sick from rapid enthusiasms and fevered imaginations.  An episode with a chimpanzee frozen into a block of ice transpired, which Trump was able to resolve by melting the ice but which ensued in him having to transport the simian around on his back to keep him warm.  After a year in the frozen domain, Bulger sniffs his way to the exit and they find themselves in an unknown, icy passage, creeping carefully along until a ledge gives way, precipitating them into the frigid depths.  They slide down through a train of spark lizard fire and ultimately are deposited once more onto the marble highway.

They wander along the stone road and meet a man with metal sandals and notice that whenever he moves his head, a sharp click can be heard.  Thus they realize that they're in the land of the Rattlebrains, the fortunate forgetters, as they like to think of themselves.  Knowledge is considered the root of all evil, and the less one knows, the greater his contentment.  Knowledge implies decision which engenders opinion which results in conflict.  Trump and Bulger are only allowed one day in this kingdom.  Nobody would talk to him and they showed him the way out:  a sort of barrel-shaped turnstile which dumped them back into a river.  Pushed by a strong wind, they were ultimately shot out of a large fountain situated in the center of a lake.  Making their way to shore, they found themselves adjacent to a village in NorthEast Siberia.  They had actually traveled 500 miles underneath the Ural mountains.  They caught a train and went home.

Lockwood wrote several of these kinds of fantasy, all of which were quite popular.  One of them, "The Last President" is used today by certain spiritual or psychic groups as a guide to the term of Donald Trump, for better or worse...  I was under the impression that this effort was a sort of imitation of the Tales of Baron Munchausen, which it resembles quite a bit, but there are philosophical and political references that suggest the author had the limitations of human society and intellect in mind while he wrote it.  It was very original in conception, i thought, being unlike similar works i've read lately in the floridity of its language and ideas.  i liked it quite a bit...