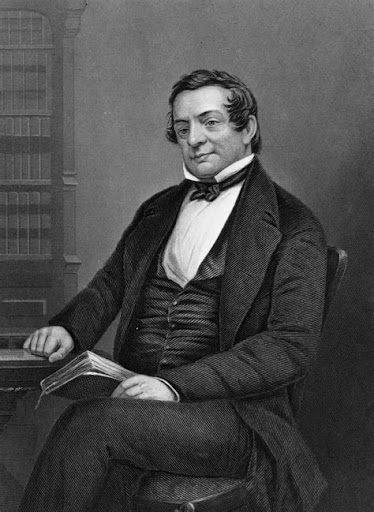 TALES OF A TRAVELER

A collection of tales in four parts, sorted by title, hence:  Strange Stories. by a Nervous Gentleman,  Buckthorne and his Friends,  The Italian Banditti, and The Money-Diggers.

The first group relates the experiences of the members of a hunting party, lolling about in their chairs, after dinner, in an old mansion in 19th C. England and telling each other ghost stories.  The oldest diner tells a story about an ancestor who spent the night in the tower of an old French manse and was awakened after midnight by a tall lady dressed all in white who warmed her hands at the fire and slowly drifted away.  According to the host the next morning she was the Duchess of Longueville.  During the reign of Louis 14th, she was a participant in the civil war of the Fronde, and was upset by the imprisonment of her husband the Duke and some of his friends.  Then another raconteur recites one about his old aunt who solved the mystery of groans in her bedroom emanating from a large picture of her husband, who had died shortly after their wedding.  An Irish Captain then honors the group with a description of his grandfather, a bold Dragoon.  Stuck overnight in Bruges, on his way to England, he spent the night in an ancient hostelry and observed some very strange behaviors as regards the furniture occupying the apartment.  Next, the unfortunate fate of a young German antiquarian who became entangled with the fate of a beautiful lady and her appointment with Madame la Guillotine.  The tales continue, and this section ends with a peroration concerning a young Italian student and his fatal attraction to Bianca, the daughter of a Genoese nobleman.

In Buckthorne and His Friends, we learn about the life and adventures of a literarily inclined member of the English upper classes.  Buckthorne loses his inheritance and survives by taking positions in a variety of enterprises.  He joined a traveling troupe, tried his hand as an essayist, and eventually wound up attending classses at Oxford University.  Later, failing in most of his endeavors, he returns to his native soil, only to find that his father has died, leaving his money and property to a local runagate.  Concerning this period in his life, he comments:  "I was at that age when a man knows least, and is most vain of his knowledge, and when he is extremely tenacious in defending his opinion upon subjects about which he knows nothing."

In The Italian Banditti, we learn a lot about the culture and behavior of Italian outlaws and how they survived during the early 1900's.  Stories about kidnapping, thievery and murder are related by one traveler after another as they spend the night in an inn in Terracina.  How a brave Englishman single-handedly rescues the wife of a fellow passenger through the judicious use of hot lead;  the fate of a young maiden whose father wouldn't pay her ransom; and how an artist used his skills to obtain release from a bandit captain.  The final tale describes a battle between the members of a stage coach and its military escort, and the desperate attempt by a gang of mountain-dwellers to loot and kidnap the travelers.

The Money-Diggers has to do with the early inhabitants and settlers of the Dutch enclave of the upper Hudson river.  In The Devil and Tom Walker, we learn the ultimate fate of a poor miser who acquires a large fortune as the result of taking a short cut through a swamp.  Later we visit the family of Wolfert Webber, the last in a long chain of cabbage growers who becomes enamored with the possibilities of "gold as found" and with the thought of hidden buried treasure.  A red-headed stranger, a violent storm and the secret activities of a mysterious stranger all lead to a rather peculiar, and modern, salvation for poor Wolfert and his family, after several years of searching, fruitlessly, for the ill-gotten gains of Captain Kidd.

Irving is just a delight to read.  His sentences flow like water, and impart a cozy confidence in the reader that a master story-teller is in charge.  He's not particularly deep, or profound, but he's very human in the best sense:  civil, cultured, knowledgeable, and, above all, friendly.  It's like talking to your best friend, or visiting your great-aunt who pushes chocolate cookies at you.  i'd recommend his work highly to anyone at all interested...

Posted by mudpuddle at 2:19 PM