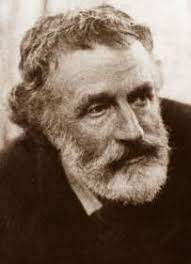 Meredith's paternal grandfather was named Melchizedek, and so was the founder of the Harrington family.  He was a tailor in Lymport-on-the-sea and had died just before the action begins in Portugal.  His issue was one son and three daughters, one of whom was married to a Portuguese Count.  Louisa and her family and nephew are first seen returning home from Lisbon, where they had spent some years enjoying the pleasures of the royal court.  Evan, the nephew, is uncertain about where his future lies.  He's been raised in a court atmosphere and the idea of taking over his father's business does not appeal.  Through Louisa's influence he comes to be accepted in the household at Beckley Court, the residence of the Jocelyn family.  He and Rose, the daughter of the reigning baronet, fall in love, but the path is not made easy for them mainly due to Evan being a common tailor.  Evan's sister, Louisa the Countess, has glommed onto the fact that a certain Abraham Harrington, a member of the upper classes, has recently died in the immediate vicinity, and while she doesn't actually lie about her family's relation to the deceased nobleman, she doesn't deny it either.  Which provides her family a tentative justification for a prolonged visit at the Jocelyn estate.

Side issues involve the sisters' marriages with a retired Major and a rich brewer.  The former is brutal to Caroline and she stays away from him as much as she can:  Beckley Court seems like heaven to her.  Harriet is wedded to Andrew Cogglesby, the younger brother in the brewing firm.  The older brother, Old Tom, is retired and plays an important role in the developing plot as a hidden manipulator of some of the other characters, which he is enabled to do as a result of his abundance of money coupled with his bizarre sense of humor.  After ensconcing themselves in the Jocelyn household, the Harringtons more or less follow Louisa's lead in their dealings with their hosts and other guests.  There are abundant numbers of ancillary figures, a Duke, and assorted Lords residing in the area.  One of them,  Lord Laxley, is a competitor for Rose's hand in marriage and at one point a duel between Evan and Laxley seems imminent, but sober heads prevail and the situation is temporarily defused.  Another character, a friend of Evan's, is described thusly:  "Mr. Raikes stood about a head under him.  He had extremely mobile features;  thick, flexible eyebrows;  a loose, voluble mouth;  a ridiculous figure on a dandified foot.  He represented to you one who was rehearsing a part he wished to act before the world, and was not aware that he took the world into his confidence."  Then there is Juliana, a younger relation to Rose, who loves Evan desperately, but she is handicapped because of a certain lameness which is not elaborated upon.  Later in the denouement, she plays an important role in the final resolution of the plot.

Meanwhile, carousals at the local Green Dragon Inn take place;  a cricket game occupies quite a few pages; and Old Tom episodically looms in the background, laughing to himself at the antics of his victims.  Evan waffles about, trying to convince himself to take up his father's profession, but due to his love for Rose, can't decide to actually go home to Lymport and start to work.  In the interim, he is hired by Andrew Cogglesby to take care of some business dealings.  While in London, he sees Rose occasionally, but nothing very important transpires until Juliana arrives, apparently stricken with tuberculosis.  In the last stages of the disease, she writes her will, leaving Beckley Court (which she had inherited from her uncle) to Evan.  Guilt-ridden, Evan gives it back to the Jocelyns, but, as Old Tom's plans come to fruition, he's left in a prominent social situation nevertheless.  Do Rose and Evan finally get married?  Is Louisa going to be thrown into jail?  Will Caroline escape her cruel husband.  These questions and more are answered in the finale, but suffice it to say that everything works out in the end;  at least to the satisfaction of some of the characters, if not all.

This was one of Meredith's early works.  But in spite of that, it's "comedic" components are fully on display.  The lurking presence of Old Tom is just intrusive enough to attract the reader's attention, but not so kaleidoscopic as to dominate any of the peroration.  Of course, Meredith's principal purpose was to contrast and expose the dire consequences of the English social system, with its Grand Canyon split between the upper and lower, common, classes.  But rather than repeating the facts of the case ad nauseum, he much prefers to indicate the iniquities through the behavior and attitudes of his characters, using their reactions to the circumstances inherent in their social statuses to balloon up the injustices of the system until  they explode, leaving rags of rage and surprise behind like the tattered remnants of an overnight frat party.

In some ways i liked this book better than "The Egoist".  It was more broadly based in terms of its social analysis.  "Egoist". was more of a study of the effects of class prejudice on a few characters, whereas "Evan" seemed to extend that criticism to cover a larger portion of the citizenry, as well as the English institutions that were responsible for such misery and unhappiness noted in the less fortunate economic castes.  Also, the prose was easier to follow.  Meredith has been castigated by some reviewers for his involved and unpredictable sentence construction, and there's some truth to the idea that he's not an easy read.  But on the other hand, he is very perceptive and his books have a lot of depth, the bottom of which i'm certain i haven't plumbed in any of his works that i've read.  I enjoyed it quite a bit, tho...

Posted by mudpuddle at 1:32 PM