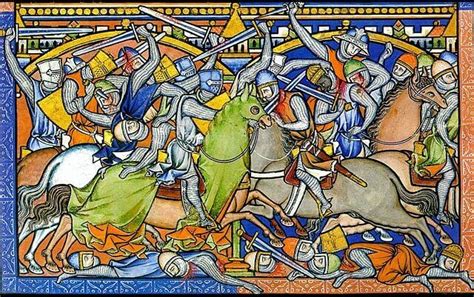 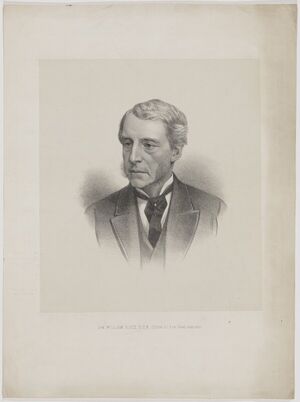 This was originally written by Boiardo, and intended to be a sort of compilation of various tales of Orlando (Roland) written by sundry authors and poets in years previous to the 1400's.  It takes place during the reign of Charlemagne, and ostensibly deals with the invasion of Spain by the Moors in the 8th century.  But contrary to the intuited intention, it has mainly to do with the adventures of Charlemagne's knights, their duellos with each other and with fairies, monarchs and legendary beasts such as giants and dragons.  At the outset, a big party is being held in Paris to celebrate the coming-together of all the elements of King Charlemagne's army, including Orlando, Rinaldo, Astolpho, Brandimart, Gryphon, and many others.  This assemblage is supposedly preliminary to the expected war with various African invaders, mainly Gradasso and Agramant, who have nefarious plots to subsume France in their coils.  During the height of the festivities, Angelica vanishes, spirited away to her father's (Sacripant) house in the Orient by Malgigi, Rinaldo's brother and practicing magician.  Since she's of royal blood and pretty to boot, there's a mad dash to find out what happened to her, and many of the knights fare forth to rescue her from whatever coils may have embroiled her.  Things are complicated by the ingestion of magic potions designed to either cause lovers to hate each other, or to make enemies fall in love.  One of the first major events occurs when the Moors capture Paris in the absence of its defenders.  But that situation is resolved when general Gradasso decides to release the city in exchange for Orlando's horse, Bayard.  He wants the Orlando's sword, Durandanna also, but it already left with its owner. When Rinaldo leaves the party he is trapped in a self-powered boat while crossing a river which carries him into the forest of Arden (a common place for magical incidents) where he sees a palace and is captured by a giant.  It's the castle of Altaripa, and is presumably owned by the castellan Gryphon and Stella, his wife.   Rinaldo is lowered into a deep dark cavern from which he's rescued by the knight Astolpho (the only English knight in the book) who lowers a rope and some wax into the cave while Rinaldo is being threatened by an all-devouring monster.  Rinaldo uses the wax to seal the creature's mouth shut and hauls himself up by the rope.

Meanwhile (there are lots of these "meanwhiles" in the book, as Boiardo weaves the narration between situations and events, leaving the reader gasping in wonder at what could possibly happen next to rescue whoever it was that is in imminent danger), armies are gathering before the town of Albracca,  to where Angelica was spirited during Charlemagne's party.  Agrican (a Tartar general) is leading the attackers and Astolpho is present to deny them their victory.  In spite of his magic spear, he's captured by the gloating Agrican.  Meanwhile, Rinaldo has wandered away from the castle Altaripa and met Sir Brandimart's lady friend who says he's been abducted at the Bridge of Oblivion and persuades him to take on nine other knights simultaneously.  Before that, however, he has to listen to the story of Iroldo and Tisbina, involving a devious escape from Medusa's garden through one of four gates named Life, Poverty, Death and Wealth and a thirty day crossing of an endless desert and the use of sleeping powder to free Iroldo.  Rinaldo has another epic battle with a giant and a herd of griffins, but loses his girl-friend when she's captured by a unicorn and swept downstream in a boat.  Back in Albracca, Angelica is besieged in a tower while the Tartars flail at the doors but she's able to leave due to her magic invisibility ring.  She and Flordelis rescue Orlando from Dragontina's garden and they return to Albracca.  At one point, Orlando and Agrican fight for a whole day before the walls of the city and Orlando wins, retrieving his horse Bayard who's been gone for quite some time.  Agrican coverts to Christianity just before he expires.

Monodontes, the King of the Distant Isles wanted to marry his daughter to an old friend.  She actually loved a younger man instead, who she married without her father's permission, but at the same time she agreed to marry the old petitioner.  The two suitors lived in adjacent castles and there was a tunnel connecting the two domiciles, so when the second ceremony occurred, as a result of running back and forth between both castles, she was able to convince the unloved one that she was the twin sister of herself and this worked great until the King discovered the tunnel and was not very happy about the situation.  But it was all resolved when she was captured by two giants while running from one to the other.  One of the major players was a lady knight, Marphisa.  She was a friend of Orlando's and aided him in several of his ventures, mostly relating to defending Albracca against the Tartars.  The new general of which, Truffaldino, Orlando fought with until he defeated him as a result of which Angelica persuaded him to investigate Falerina's garden in Orgagna, near the entrance to Heaven and Hell.  There was a bridge there and a lady hanging up by her hair named Orgilla.  He cuts her down and while he's peering into the black entrance, she steals his horse (Bayard).   This is the end of Book one.

Book two begins with Orlando entering the Heaven and Hell gate and initially coming across a golden donkey with prehensile ears and a sword for a tail.  He sees a tree with golden fruit that throws apples at him.  He cuts it down with his sword (Durandanna) and everything turns black, but he's guided out by Falerina after freeing all the prisoners.  Back at Albracca (again), Marphisa and Sacriphant are still defending the city.  Angelica's invisibility ring is stolen by Brunello the expert thief.  He also steals Sacriphant's horse while he's riding it.  And Marphisa's sword while she's using it.  A Turkish army arrives to relieve the city.  Then Orland and Rinaldo have a long adventure in the subterranean kingdom of Morgana's.  Orlando had defeated the guardian of her lake, Arridano, and found that the lake bottom was actually an extension of her vast holdings.  With a kind of permanent coal lamp to illuminate the darkness, Orland passes a gate into a field of jewels and then finds another bridge which he crosses after contending with the guards.  He enters a building housing a King who's sitting under a sword suspended by a single hair that will decapitate him if he tells a lie.  Orlando finds Rinaldo who attempts to steal a golden chair while en route out of the kingdom, but it flies back in when he tries to carry it up a long flight of stairs that lead the surface.

The adventures continue for several hundred more pages, the second Book ending with the Moors invading once more and all Paris in a state of alarm.  The first two books were published in 1483 and the last one in 1495.  There are only the first two extant, however, as, with one exception, the complete edition was lost sometime in the 16th century.  The one exception is one copy of all three books located in the Marciano, in Venice i think...  The last volume has never been translated.  Francesco Berni rewrote and republished the work in 1531 and it achieved some success at that time.  Then the two books faded into history until interest revived in the late 1700's.  The edition that re-popularized the saga was the translation in prose of William Rose in 1831.  He claimed that the original, written in octave stanzas, was unsuitable for the English language.  This is the version that i read.  And it's the only one, so for as i know, that's available in English.  It's in Gutenberg's files.

It was a lot of fun reading this even though it got fairly confusing at times.  Boiardo had a great sense of humor, which shows through from time to time.  His tongue can be seen at intervals, bulging his cheek out.  Rose, in addition to rewriting the two books, occasionally included some of the original stanzas from Boiardo, and i thought they were excellent and quite poetic.  I think it's a shame that he didn't translate the entirety that way, but, as he was not a very well person, maybe it would have been too much for him.  Comparisons with Spencer are inevitable, and I couldn't help but see commonalities between the two works;  there was a certain amount of allegorical reference to the court of Charlemagne, i thought.  And the compositional style was pretty similar, with interwoven plot lines and fantastic adventures.  Perhaps Spencer was a bit more moralistic than Boiardo, though.  The latter seemed to more interested in relating an entertaining story for the most part, while Spencer really seemed to have a moral imperative, even if, as was perhaps possible, he was just writing that way to impress Queen Elizabeth.  Fun book, and i hope to get to the sequel fairly soon:  Orlando Furioso!

Posted by mudpuddle at 1:52 PM