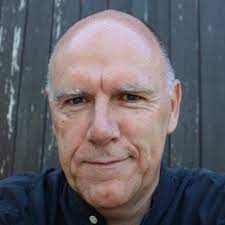 Playgirl Selena Ash has just left the play-planet Shangri-la in a hurry and she's being chased by two guys in another ship.  Pierre LaCoste and Robin Delamar were friends and practical jokers with whom Selena had been having a great time with, but apparently they hadn't had enough fun and games and were racing after her for more.  She had just left the world's atmosphere and she had just begun checking the instrumentation as a matter of habit when she realized that someone had sabotaged her automatic navigational equipment which hurled the ship without warning into hyperspace.  By the time she got the problem sorted she realized she was about thirty light years away from anything.  Poking about in the circuitry, she found a bomb, which she quickly disabled.  Thinking about her situation, she realized that the navigational problem was probably Pierre and Robin's idea of a practical joke, but the bomb was something else again.  Maybe she was being victimized by space pirates!

Selena wasn't actually just a playgirl;  she had a secret identity as an agent for the Galactic Security Association and she was on a mission.  Five years ago an explorer named Jory Jensen had vanished  after finding a planet with intelligent plant life on it and Selena had been recruited to find him.  Now, evidently lost in space, she fixed the navigational system and it informed her that a benign world was in the neighborhood and that she was being pursued by two ships.  One of them was undoubtedly that of Pierre and Robin, but the second one was a mystery.  Arriving on the world, she liked what she saw, a vast plain with mountains in the distance and extensive forests bordering a large ocean.  Debarking, she went for a walk toward the adjacent woods.  Suddenly the figure of a man appeared in the corner of one eye and she immediately drew her blaster.  At the same time the weeds and brambles around her began clutching her legs and sticking thorns into her skin.  Being rapidly overwhelmed, she called for help and the man told her to think friendly thoughts.  He was dressed in a sort of swim suit and had a kind of ivy growing around his body, the end of which jutted out over his head.  There was a small blue bud glaring at her from the plant.  She struggled for a while and then managed to smile and began mentally admiring the botanical life around her.  After a bit the plant life backed off and resumed their normal plant life behavior.

The Man called himself Joe, but Selena realized that he was probably the lost  Jones.  They became friends and she learned that the whole planet was governed by one enormous tree that permeated the atmosphere with psychic energy devoted to friendship and love.  She persuaded him to guide her to where the tree was located and on the way they saw a battle taking place between two ships in the upper atmosphere.  One shot the other one to pieces and captured the two occupants, then proceeded to land near the distant mountain range.  Selena had identified the ship as one belonging to Pardoe, a notorious pirate, and she assumed that he'd followed her for the purpose of stealing the seeds of the tree which were rumored to react to mammalian thoughts, growing into any sort of material object required by the local sentiencies.  Selena and Joe anxiously increased their progress, but they were hampered by the indigenous wildlife:  Mountain cats like saber-toothed tigers and razor-billed birds that flew in flocks and tried to stab their victims, and crock beetles that lived near streams that liked animal flesh, sort of resembling land-based piranhas, were some of the more friendly denizens.  But eventually they reached their destination after days of scrambling through brush and warding off hungry and hostile predators.

Joe had warned Selena that the tree would take over her mind but she approached it nevertheless.  It was huge, with a bole about twenty feet in diameter and screened by leafy branches from every direction.  She felt the tree in her mind, drawing her in.  She placed her hands on the bark and closed her eyes;  but immediately understood that she was aware of everything around her in full technicolor without them.  The tree absorbed her and after bonding with it, she felt at once how comforting and warm the whole planet was, in spite of its dangers.

But trouble was on the way.  Pardoe and his accomplice Scorpia reached the tree shortly afterwards, blasting all the plant life out of the way as they came.  Selena had learned from Joe that the tree was, in a way, very naive, and that it spontaneously bonded with any creature that approached it.  So when Pardoe stepped up to it, with his innate badness, it absorbed that also, but was so traumatized that it went into shock.  (Seeing as most readers won't be able to obtain copies of these old novels, i'll go ahead and finish the story;  stop here if you don't want to know what occurred).  A gun battle transpired between the two parties and Selena and Joe were rescued at the last minute by the Galactic Space Navy which arrived just in the nick of time.  Conway Ash had been tracking his daughter all the time and saved the day at the last minute.  Joe and Selena stayed together on the planet and lived happily ever after.  The planet was quarantined and no interlopers were permitted admittance.  It was not stated specifically, but i assume that the tree eventually recovered and smilingly ruled the world once more.

John Rackham was not one of the science fiction major stars, but he did write a lot of books and they're not bad, if not quite up to the standard of an Asimov or Heinlein.  There were interesting ideas in this one, but i should mention that it seemed slightly disorganized, with a fairly unusual plot mechanism employed which allowed much of the action to occur before explanations of situations and events were described.  Kind of like the vintage cart and horse adage.  That was only mildly distracting, though, and didn't shadow the interesting ideas of psychic and benevolent botanical intelligence.

Posted by mudpuddle at 1:02 PM