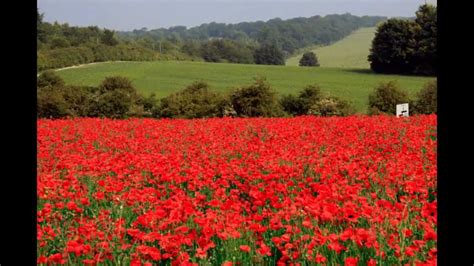 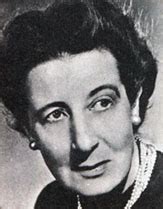 Before WWI, Archibald Vicar, as a recently orphaned boy, was working for a farmer in England.  He found the work really boring, consisting of swamping out barns and cleaning up after various sorts of animal.  When a newly formed Regiment happened to pass through the local town, he decided to join up.  Being of over-average height and strength, he had no difficulty in pretending he was eighteen, the regulation age for recruits, even though he'd just celebrated his fifteenth birthday.  As it happened, he was shipped to France shortly after and spent the next four years fighting in the trenches except for nine months in the hospital after being wounded.  He liked to read but liked boxing better.  His training involved learning to scrounge, wangle, and to take cover amid "unspeakable conditions".  James Barclay, a friend, took him home during one of their leaves and introduced him to his family;  he was very impressed with the sister, Ann, although he came to understand that the Barclays were members of a higher social class than he was.  After the war Kif returned to London where he spent a lot of time drifting from job to job, as there were lots of ex-soldiers and not many desirable positions.  He fell in with a couple of bookies and was persuaded into joining them in starting up a business, taking bets on horse races and charging a small fee for doing the paperwork involved.  Things went along swimmingly until Kif came to work one morning and discovered that one of the partners had absconded with all the cash, including almost all of Kif's savings.  Back on the street, he was on the point of despair when one of his old soldier friends, Thomas Carroll, found him and invited him to stay with him and his family.  Soon after Kif got a job as a traveling salesman in soap, but found it not very satisfying nor remunerative.

At this point he realized that father Carroll was a burglar and that Thomas helped him sometimes.  Gradually they brought Kif into the family business and soon made him a fully functioning member of the enterprise.  Until he was caught one night he was caught by a local bobby and sentenced to 21 months at hard labor.  When he got out, he tried to create an honest life for himself, but was unsuccessful.  One employer after another either turned him down or fired him because of his low class history or because of his recent conviction and sentence.  So he went back to live with the Carrolls and helped them with their illicit financial acquisitions.  One night after a series of successful ventures, he went out on his own, planning on a jewelry heist at a country mansion.  The first part went okay, but as he was busy drilling a hole in the safe's door, the owner appeared and fired a revolver at him.  Without thinking, Kif returned fire, killing the man.  He ran off in desperation, but was eventually apprehended.  A long trial was the result, but things didn't look good for the defense.

This was Ms. Mackintosh's first book.  She was later destined to be the author of the very successful and admired series of detective novels featuring inspector Grant, but this effort was pretty obviously inspired by Ms. M's feelings of anger and despair over the treatment received by soldiers returning to the country that they'd risked their lives for.  She made it very clear that the English class structure and attitudes had a lot to do with the dire experiences shared by the majority of the lower class soldiers who had ventured everything for their country and received so very little for their efforts.  So, although this book had sort of a plot, and some interesting character development, it resembled an extended anti-social screed more than a standard novel.  Not to say that it wasn't well done, because it was;  it was quite moving and persuasive about societal attitudes and behaviors endemic to that period, and which are probably evident today as well...  But justice for all has pretty well taken a back bench in our times due to the overwhelming presence of other problems involving the future of the species...

The picture at top is of Flanders Field.

Posted by mudpuddle at 2:50 PM