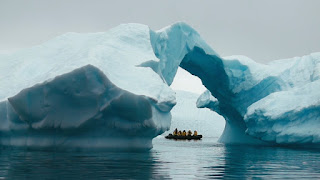 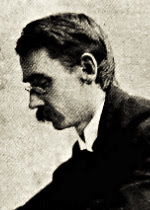 A few followers of this blog may recall that some months ago i wrote about a Jules Verne sequel to Edgar Allan Poe's "A Narrative of Arthur Gordon Pym of Nantucket";  well, this is another one.  Charles Dake was a homeopathic physician in middle America and this pastiche concerns the experiences of a narrator (who remains anonymous) in the U.S. after he receives a behest from his deceased father in Newcastle, England and travels to this country to sell some land.  The year is 1877.  While staying in a hotel, the Loomis House, in Bellevue, Illinois, he becomes acquainted with two doctors.  One is Dr. Bainbridge, a gentle, competent physician with a quiet approach to patient care, and the other is Dr. Castleton, a riotous, opinionated, self-aggrandized polymath who has, according to his own lights, never been wrong about anything.  Through his association with these two, the narrator learns about one of their vic, uh, patients, who lives in a tumble-down cabin several miles from town named Dirk Peters.  Peters was apparently the former companion of Pym's during their mutual experiences in Antarctica in the 1820's.

A brief summary of Poe's story:  Pym was a restless youth and stowed away on a ship where he hid in the hold and was fed by Peters for several months.  A mutiny occurred and most of the crew were killed in a subsequent ship-wreck and Pym and Peters found themselves in a small boat sailing toward Antarctica.  Caught by a powerful current, they passed through dangers galore, including escaping from tribes of black savages, passing through a gigantic wall of mist, and espying, at the end of Poe's account, a large feminine figure looming in front of them at the end of the story.

Drs. Castleton and Bainbridge are treating Peters in his cabin and through their discussion of his case, the narrator learns that Peters was in fact Gordon Pym's former Antarctic associate.  So he takes a ride with them both to visit the old seaman and finds a short, seasoned veteran of the seas who seems to be expiring from old age.  Castleton wants to purge him with calomel and home remedies, but Bainbridge, mainly because Castleton becomes distracted with other business, manages to heal the old sailor to the point that he agrees to share his story.

Over a series of visits, Bainbridge learns what really happened to Peters and Pym, and, in nightly sessions, relates the tale to the narrator.  To wit:  Pym and Peters discovered a race of white people living in a temperate zone behind a wall of fog in an archipelago of sorts, with one large island and many smaller ones.  At the South Pole itself, an area about 30 kilometers in diameter had fallen into the center of the earth, allowing hot magma to rise and heat the surrounding area.  The resulting heat enabled the growth of a civilization as mentioned.  The inhabitants had arrived there in the fifth century after escaping from Italy with the Huns on their heels and without knowing their destination, they were whirled by the current into the confines of Antarctica.  They had created a society of peace and tolerance and were a quiet and intellectual people.  Their architecture had something of the Roman about it, but with touches of pre-BC Egypt and a bit of Greece.  The indigenes called their country Hili-li.  They supported themselves through farming, viniculture, and a modest amount of fishing. The ambient temperature stayed at around 90 degrees year-round.

Pym fell in love with the king's daughter, Lilama, who reciprocated his affection, but a jealous rival, Ahpilus, maddened with devotion, kidnaped her and sailed away to Volcano bay, a local inlet at the base of a mountain eight miles high named Olympus.  There was a small colony of exiles at this locale, who were ostracized by the Hili-li rulers for being overly belligerent.  Possessed by his maniacal desires, Ahpilus, clutching Lilama, ascends the mountain and is followed by Pym and Peters along with some relatives of the kidnapee.  The two groups meet each other near the top, and glare at one another across a forty foot chasm.  Ahpilus is about to jump off and take Lilama with him, when Peters (he was about 4'8" tall and immensely strong;  rather orangutangish, actually) leaps across the gap and rescues the girl.  He breaks Ahpilus's back in the process, eliminating him as an enemy.  (spoiler ahead),

They all return to Hili-li, where the malefactors are forgiven and Pym and Hili-li are married.  Shortly thereafter the whole country falls victim to a sudden freeze, a phenomenon that occurs every 500 years or so, and many citizens die, including Hili-li.  Pym is distraught and decides to leave, which he does, accompanied by Peters.  They sail a small boat north until they meet a coasting schooner that provides Pym passage to a port from which he arranges transportation home.  Peters spends many years following his profession as a sailor until he retires to the small town of Bellevue.

This was the only novel Dake wrote, and it worked quite well, i thought, as a completion to Poe's tale.  The writing style was 19th centuryish, but readily comprehensible.  The only critique of the book(which i actually found quite entertaining) had to do with the frequent oracular expeditions by Castleton (he had a tendency to extrapolate at length, and often, about his opinions concerning politics, business, economics, travel, agriculture, etc.) and the peculiar antics of Arthur, a sort of hotel odd- job boy who ranted about his desire to operate an ice cream store.  It was fun and exciting at times, and offered a different perspective on 19th C. writing and authorship.  I wonder how many other Pym-related books are out there, unrecognized and waiting for some curious reader to find them...
Posted by mudpuddle at 1:07 PM