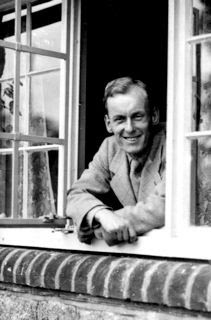 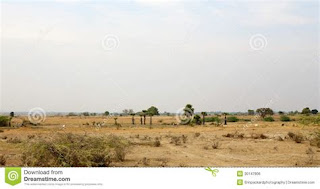 Forrester became engaged to a nice girl just before WWII and they were married after the war began and went on a honeymoon for a week or so.  While dancing at a dance hall in London, the building was hit by a bomb and Mrs. Forrester was blown out of Forrester's arms and her body was never found.  In a more or less permanent state of shock, her husband joined the RAF and built a reputation for his daring and reckless skill during missions.  In fact he was trying to kill himself, but he received promotions and medals anyway.

After several years of perilous action he was garrisoned in Burma, where he was promoted to squadron leader.  The area he was stationed in was a semi-desert with very high temperatures and very little water.  Heat and dust were the principal environmental issues, creating tension and hostility between Forrester and his men.  He had a checkered reputation:  admired for his piloting competence, but shunned for his black and sarcastic attitude toward his subordinates.  The local doctor, Harris, is concerned about his mental health and invites him to dinner one night at a Mrs. McNab's house in a local village.  She's a short, skinny, fiery sort who yells a lot.  And he meets Anna, the younger sister of a nurse, who, with McNab, survived a 500 mile trek from Rangoon to the village, during which most of the contingent died.  McNab, especially, was respected for having saved many lives at that time with her indomitable drive and medical skills as a nurse.  Forrester falls in love with Anna.

Back at the airfield, he arrives in time to see one of the last planes belonging to the squadron crash while attempting to land, killing the pilot and the navigator.  This event, combined with his awakening love for Anna, bring about a sea change in his psyche, so that he realizes that he's been in a state of delayed shock for the last several years.  His attitude begins to improve at this point and he starts to become aware of other people in a way that was new to him.  He starts seeing them as individuals, each with their own difficulties and characters.  It's as if he'd suddenly been released from a psychological prison that he'd built for himself over the previous few years.

New orders arrive for Forrester to fly his tent-mate, Blore, to a new assignment farther up the Irrawaddy river.  Together with a recently-arrived navigator, Carrington, he takes off and begins what he expected would be a routine flight.  Except Carrington sees oil coating one of the wings of the plane.  Forrester does a 180 degree turn, but it's too late:  the plane catches on fire.  The ground-cover is mostly jungle, with wide streaks of bare soil and rock that demarcate seasonal flood areas washed clean of vegetation during the monsoon rains.  Forrester makes a desperate landing on one of these cleared patches and wrecks the aircraft in doing so.  He and Blore escape relatively unhurt, but Carrington has badly burned legs.  They have little food or water left, but decide to try to walk to safety, as the area is a remote one, and the chances of being rescued are not very good.  They hadn't had a chance to use the radio.

So they begin walking, Forrester carrying Carrington on his back.  They have difficulties;  Blore falls over a six fool shale escarpment, damaging his ankle, and the heat is so intense that they decide to only travel at night;  luckily there's a full moon.  But they make progress even though they're not sure where they're going.  They come to a fork in the dry river bed they are following and Blore, being several hundred yards ahead, takes the right fork while Forrester and Carrington are resting.  He disappears in the distance and Forrester has to chase after him to bring him back, as he's convinced the other branch will take them to a village.  They start off again the same night, traversing the sometimes rocky terrain that features occasional shelfs (waterfalls without water) that cause them to
trip and fall.  Then they reach a large dry lake.  Totally exhausted, it seems like the end.  While the others are asleep, Blore leaves by himself.  The other two are awakened by a gunshot. spoiler ahead:

Blore has shot himself and is dead.  Dragging up his last reserves of energy, Forrester with Carrington tramps onward until he can't do it anymore.  He leaves Carrington and continues on, eventually, at the very last second, running into some native bearers who rescue him and the navigator.  Carrington survives and Forrester is reunited with Anna.

I read this book mainly because i'd previously read, some years ago, Fair Stood the Wind for France:  another book by the same author that i liked quite a bit.  This book had a few problems i thought, but also had some astute recognitions of psychological states that in general afflict many people.  I became aware once again, while reading it, that many experience shock in their daily lives without ever knowing it, and that that can cause all sorts of problems from interpersonal relationships to mental blocks impeding the attainment of desired goals of one sort or another.  Bates definitely makes it overt in this work that he is aware that the most mysterious problems or enigmas in life lie within the depths of one's own personality, not so much in whatever outside environment an individual may happen to exist in.  And that the solutions or resolutions of adversities or quandaries may often depend upon self-awareness as much as on manipulation of situational complexities.  It's sort of like tuning a guitar:  it takes a developed ear to be good at it;  and successfully dealing with the world we live in takes a lot of tuning also:  a kind of evolving theme and variations, haha...  anyway, this book was well worth reading;  exciting and informative both...
Posted by mudpuddle at 1:27 PM