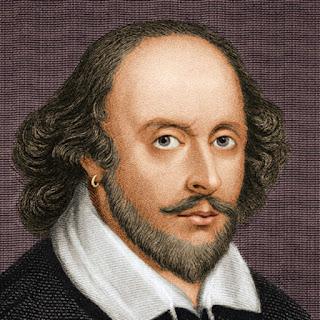 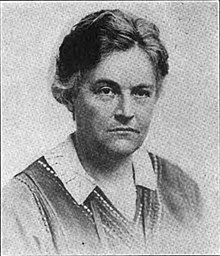 Ms. Spurgeon was an English professor at the Bedford College in London when she began wondering what kind of person Shakespeare actually was.  So she developed a plan to find out.  She read all of his works as well as the plays, essays and poetry of other Elizabethan authors and created a set of categories into which she placed the metaphors, similes and personifications that she had found in their writings.  7040 images were gleaned from Shakespeare's works and these were compared/contrasted with images from Francis Bacon and twelve other Playwrights, including Marlowe, Kyd, Lyly, Greene, Peele, Dekker and Jonson.

Most of the imagery from Shakespeare had to do with nature or domestic and household affairs, and this was distinctly different from the average references found in the works of the other authors, so that an early picture began to develop of what sort of a person William really was, in contrast as it were.  Bacon liked marine associations and discussed gardening a lot.  He was concerned with sicknesses also, and with science to a lesser extent.  Marlowe had a penchant for classical imagery and often referred to the stars and planets and the cosmos.  Kyd had a fondness for river images and wrote about the law quite a bit. Lyly was a chief proponent of euphuism, a sort of double punning and multi-allusional way of writing, meant to be amusing and titillating.  And so forth.

Ms. Spurgeon first of all analyzes Shakespeare's history plays, pointing out that images of growth and gardening are followed by descriptions of corruption and rotting vegetation, are utilized to indicate the moral and ethical decay of the principal adversaries.  "All the horrors suffered by England under the civil wars, shaken and frighted as she was by murders and battles, scheming and treachery, by the putting up and putting down of kings, by waste and misrule, have translated themselves into the pictorial imagination of the country playwright as the despoiling of a fair 'sea-walled garden
full of fruit, flowers and healing herbs, which ignorance and lack of care have allowed to go to seed, to rot and decay;  so that now in spring time, instead of all being in order and full of promise, the whole land is, as the under gardener says, "full of weed;  her fairest flowers choked up, her fruit-trees all unpruned, her hedges ruin'd, her knots disorder'd, and her wholesome herbs swarming with caterpillars."  Punning is occasionally used to describe some of the characters.  Richard Plantagenet "is described as a 'sweet stem from York's great stock'.

The comedies are also analyzed, being replete with references to stars, the moon, the passing of time and the river, and descriptions of the dawn:  "Even till the eastern gate, all fiery-red, opening on Neptune with fair blessed beams, turns into yellow gold his salt green streams."

Ms. Spurgeon continues relating the actions of the rest of the plays to descriptions of the countryside and the various surrounds adhering to the actions, as the characters dance, hunt, plot, and romance their ways through his inventive scenes.

The portrayal of Shakespeare's character, as a result of the above comprehensive analysis, is of a slender, active sort of person, with a ready wit and an irrepressible curiosity about everything around him.  He was a light eater and drinker, and had a distaste for dirt and slovenliness.  His accurate instincts about the motivations of how and why people do the things that they do were unparalleled, and he had a preternatural perception of what was happening around him.  Plus he liked what he was doing and was apt to overwork himself when in the throes of creation.

It's difficult to say how much i enjoyed this book.  Ms. Spurgeon's accreditations are impeccable and she writes superbly.  Her keenness and acuity in ferreting out solutions and answers to textual problems is admirable and she has the gift of communicating her enthusiasm to the reader.  I literally couldn't put this book down, at times.  highly recommended!
Posted by mudpuddle at 12:51 PM