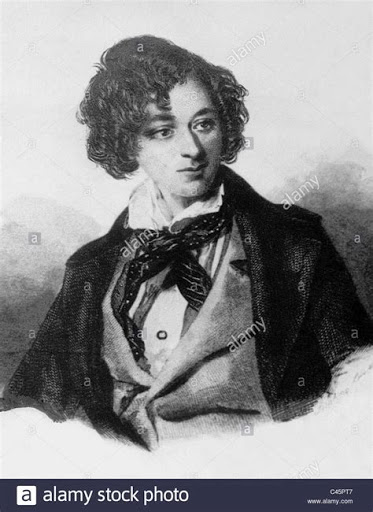 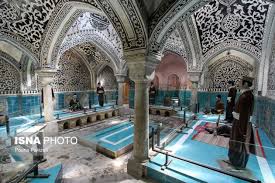 This is the fictionalized history of David Alroy, a member of a group of Hebrews who were captive in the city of Hamadan, Iran, in the twelfth century.  David's uncle, Bostenay, was known as the Prince of the Captivity, being the leader of a Jewish enclave that existed among the general Muslim population as merchants and tradespersons, lace-makers, iron-mongers and the like.  At the opening of the book, David was just about to be crowned as the new "Prince of the Captivity".  Bostenay, his uncle, wanted to retire and also wanted to honor David who was the reputed descendant of sacred kings of Jerusalem.  After the ceremonies and panoply celebrating David's installation, he interviews the Caliph Alschiroch, the governor of the city, outside the city walls, during which conversation Alschiroch becomes incensed at David's anti-slave attitudes and leaves precipitously.  Wandering about, David enters a large coliseum and sees his sister Miriam being accosted by the Caliph.  David seizes a large piece of wood and brains Alschiroch, killing him dead.  Then he tells his sister to go home and mounts Alschiroch's horse and dashes off into the desert, a place of "iron soil and brazen sky".  After several days of mad dashing David reaches the Elbuz mountains and finds a well at which he slakes his thirst.  His horse dies and David climbs the slopes to the top, finding a deep ravine barring his way.  He picks up a rock and finds a steel plate underneath that he lifts up, and, withdrawing a long chain stored within, he throws it across the gulch and it sticks to the other side, being magnetic.  David dances across and meets Jabaster, who lives in a cave and is a cabalist and is one of David's former teachers.  Jabaster lectures him for a while on his idiocy, then gives him a magic talisman to hang around his neck.  That night David dreams of vast armies warring against each other and himself leading one of the hosts in a golden chariot drawn by "strange beasts".  Jabaster tells him the next morning that in order to become the conquerer that he had dreamed he was, he would have to obtain the scepter of Solomon, a token of his descent from that race of kings, and that he would find it near Jerusalem.

So David sets off on foot through the desert, heading toward Bagdad.  On the way he discovers a vast ruined city, abandoned and decayed, standing by itself in the middle of the wasteland.  A group of bandits seizes him and are about to do him in, when their leader, Scherirah, recognizes him as a fellow Jew and befriends him.  They swear eternal friendship and David continues on to Bagdad where he meets Honain, the brother of Jabaster.  Honain is a doctor and a well-respected person in Bagdadian society.  He's called to the palace of the Caliph to see Schirene, the Caliph's daughter, who is ailing.  David is along for the ride.  Schirene is taken with him and gives him a rosary to remember her by.  They fall in love, but David, intent on his mission, leaves Bagdad and begins walking to Jerusalem, still following the indications of his magic talisman.

Arriving in Jerusalem, he meets Maimonides who tells him of the lost tombs of the ancient Jewish kings somewhere in the vicinity.  Sleeping one night outside the city walls, he has a long complicated dream in which he travels through hidden caverns and crosses subterranean lakes until he finds himself at the foot of a 400 foot high brazen gate.  It creaks open and after entering, David walks along a corridor guarded by statues of kings until he reaches an ivory staircase.  Seated at the top is a stature of Solomon, holding a golden scepter.  David climbs up and Solomon gives him the scepter and then David wakes up with the scepter in his hand.

David returns to Bagdad and, with the help of the band of bandits, conquers the city and begins making plans to subjugate the entire middle east.  Through clever generalship and with the aid of friends, and the killing of hundreds of thousands of soldiers, he accomplishes his goal.

(spoilers ahead)  David and Jabaster disagree about how to govern the conquered nations.  David wants to accept all religions and conduct a civilized and prosperous empire but Jabaster wants to kill everyone who isn't Jewish.  David marries Schirene and establishes a domestic court, much to the chagrin of Jabaster.  Mrs. David doesn't like the latter and has him imprisoned and he strangles himself in desperation.  Eventually a Turkish warlord named Alp Arslan gathers a large enough army that he reconquers David's empire, and takes him captive.  He spends a lot of time in a dungeon and at the last, after being led to the place of execution, he taunts Arslan beyond the limit of his self control and Arslan grabs his scimitar and beheads him.

I couldn't decide whether Disraeli was telling this story to point out the futility of conquest and ambition, or whether he was in admiration of this Jewish ancestor for his attempt at establishing a civilized state.  At the end it did seem as if he was assuming a wry attitude concerning the history he'd just finished relating, as the tale had an abrupt termination with David's head being lopped off.  But that's not unprecedented in Disraeli's work;  his first book, Vivian Grey(Alroy was his fifth or sixth) had the hero being blown to smithereens at the ending, as well.  I sort of got the feeling with this one that he was perhaps tired of writing it.  But he's a master at describing scenery and ornate oriental palaces, with an enormous vocabulary and a vivid imagination;  I've not read another author who could produce this sort of evocation in quite the way that Disraeli can.  It's not remarkable that he was a very popular author in his day.  I want to thank (Majoring in Literature) for suggesting this book...