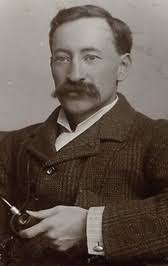 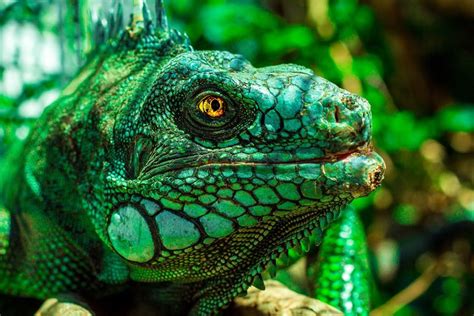 Professor Felix Toddleben was a British expert on Lacerta, a genus of reptiles, mainly lizards of the iguana type.  After a long career, he retired to his country estate, Applewood, with his sister Nora and her daughter Mildred.  He entertained himself with dabbling in physics and in supervising the management of his forty acres of garden and woods.  They lived a peaceful and idyllic existence for the most part;  the professor noted once, that "idleness promotes happiness, allowing mental fermentation".  Rex the Great Dane usually participated in the general ambiance as a rule, but one night about 2 a.m. he began barking when there was a loud explosion in the garden, accompanied by a brilliant flash of light.  Dashing outdoors, the professor observed a large round hole in the back yard.  Smoke was issuing from it and its circularity and high temperature indicated that either a meteor had landed, or that imminent volcanism was about to overwhelm the surrounding area.  As the manse was situated in a non-volcanic region, the former premise seemed evident.  So in the morning arrangements were made to disinter whatever laid at the bottom of the 20' hole.  Several workmen on the estate, after some hours of struggle, managed to raise what resembled a giant metallic bullet about 7 feet long and 5 feet in diameter.  Examined in detail, the investigators spotted what appeared to be faint lines around the outside of the object, and by dint of effort, prying with crowbars, they succeeded in opening up the vessel.  Inside were found three small metal boxes.  One held some seeds and another contained a large egg, but the third had simply another box in it.  The professor identified the egg, light blue and leathery, as belonging to the Lacerta genus.  The seeds were apparently meant to provide food for the hatchling, while the remaining box held an assortment of vari-colored leaves.

Felix and Nora planted the seeds and placed the egg in a warm spot next to the fire place.  The seeds grew rapidly and the egg eventually produced a lizard with a very large head and enormous eyes.  His body was dark green with a red crest and dewlaps. The professor had a small addition built onto his house, with a sort of bed and desk and several chairs, and when the lizard, Saurus (named by Felix) was larger, they moved him into it.  Saurus was immediately observed to have extraordinary intelligence, although he was both deaf and dumb.  They acquired a small typewriter which Saurus soon learned to operate, enabling him to communicate with his human keepers.

Meanwhile, Mildred, who worked in London for the War office, had fallen in love with a Russian escapee (this was in the 1930's) named Serge Boluski, who had mysterious  antecedents and connections in the London underworld.

Saurus was soon found to have a brilliant mind, and was a voracious reader, devouring books by the wheelbarrow load.  He wore clothes, slept in his little bed (he was only about 2 and a half feet tall) and absorbed mathematics, literature, and reams of scientific texts.  It was not long before he was able to converse with his landlord, and Felix learned that he originated on the asteroid Hermes, located in the asteroid belt between Mars and Jupiter.  They discovered that Saurus lived in a different time scale than humans, his life span being much shorter.  He would become old and die in about a year.  He showed no desire to visit the outside world, but was devoted to his literary and scientific researches, learning all he could about humans and their world.  Mildred, as well as her uncle, spent a lot of time with him and learned a lot.  They also found out that Saurus could read minds.  He couldn't transmit thoughts, but could receive them if they were directed at him;  from any distance, seemingly.  He didn't like to be touched and had an eidetic memory:  he never forgot anything.  Naturally he regarded himself and his race as superior to humans in every way, and demonstrated that conclusion whenever he had the chance.  He opined that "humanity was amazingly wicked, unreasonable and intolerant".  And his often repeated query was "why a conscious being, potentially good, contented to grovel in a mire of evil".  After reading all the books on philosophy he could access, he came to the realization that the only saving grace that might turn the human race around, would be the universal adaptation of the Golden Rule: "do unto others as you would have them do unto you".  But he realized that the chances of that occurring were almost zero.

One night, Saurus was awakened by a thought transmission from Mildred.  She'd been kidnapped by her fiancee and was being held in a seedy London rooming house.  Her captors had tied her up and were threatening torture to make her reveal secrets learned from her job with the War Office.  She had bragged to Serge, exaggerating her involvement in the clandestine operations of her superiors, so he was anxious to return to Germany with important revelations.  But due to Saurus's help, she was soon rescued by the police and the perpetrators were cast into prison.

The balance of the book described Saurus's opinions on good versus evil, the roles of individuals and the problems of gregariousness and how benevolence is so frequently overwhelmed by greed and the lust for power.  Saurus was most attracted to Buddhism, as it held peace to be the primary need and possession of man.  He compiled a sort of thesis which he gave to Felix, describing his thoughts about man's fight with hypocrisy:  basically, force outbids reason in humanity, quantity is valued over quality, freedom is willingly exchanged for slavery, and, most tellingly, competition is merited over co-operation.

Discussions with various persons of status are recorded;  bishops, lawyers, teachers and other philosophers, but Saurus's opinions are not shaken and his intellectual realizations are not altered.  After talking to him for several days, Mildred told him:  "Better to hope and fear like us, than never do either like you."  Toward the end of his life, Rex is his only companion, as Felix and Nora are upset because he won't leave his little house to attend an honorary session of the Royal Society.  And he won't let them read his diary.  His final suggestion is to establish an improved version of the League of Nations, with an emphasis on international law.  But he doesn't understand that if humans can't avoid getting into wars, they surely can't be persuaded to agree on any global legal strategies.

Saurus passes away in a little over a year, but leaves his diaries for Felix and Nora.  Perhaps the most significant, but perhaps enigmatic, line in them, is: "when science recognizes the true meaning of morality, it will conquer the earth".

Mr. Phillpotts wrote a lot of books, but his name has gone the way of many competent and interesting authors of the last couple of hundred years.  I haven't read a lot of his work, but i hope to remedy that in the future, as he seems to have given quite a bit of thought to the human dilemma in his long life.  I don't believe i'd recommend this book heartily to everyone;  just to readers who think about man's plight and those who poke into the depths of dusty philosophical tomes from time to time...  the prose is clear and lucid, though, and maybe some might find an esoteric satisfaction in coming to know him and his work...