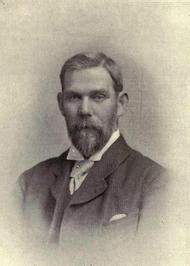 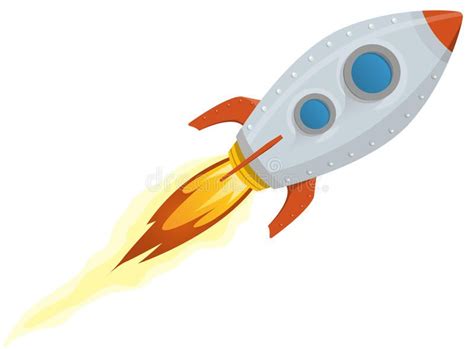 The unidentified narrator was conducting some investigations in the Sahara with two Bedouin assistants when they were caught in a sandstorm.  Buried under the wind-blown detritus, they were astounded by an enormous explosion.  When things quieted down, they observed that a large, three foot meteor had landed several yards from them.  It was of a strange consistency and had cracks on one side, which the curious natives immediately began banging on, presuming something rare to be inside.  And sure enough, they found a tightly rolled manuscript in a sort of iron container, which told of an expedition to Mars (actually known as Gathma) by four English persons some years previously.  Dr. Hermann of Yorkshire, together with his friends John Temple and Harry Graham and his estate manager Sandy Campbell, not to mention Rover the dog, had, after many years of experimentation, built a rocketship with which they intended to voyage to Mars.  It was a complicated device, called an electric air carriage, built in the doctor's barn and driven by a combination of paddles and propeller.  A generator set provided the power.  It was of a conical shape, forty feet tall, and designed to maintain a constant speed of 1500 miles an hour.  The adventurers calculated that the trip would take two and a half years to complete, and they crammed it full of condensed food and drink.  A special condenser was designed to convert the ether (which occupied outer space) into breathable air.

The rocket (named "Sirius") left Earth on May 1, 1875.  The journey was fraught with adventures and difficulties.  Once a piston pin fell out of the condenser motor, and later one of the windows was leaking air, requiring a space walk to be repaired.  Graham, wearing a deep sea diver's helmet, accidentally fell off while working on it, but managed to grab a rope that was trailing along behind the ship.  They ran through a meteor shower at one point but experienced no serious damage even though some magnetic dust had collected on the balcony (installed on the upper level of the vessel, meant to provide viewing capability from a safe stance once Mars was reached) which ignited and caused globes of purple fire to bounce off the rocket's shell.

They landed in a sort of marshy swamp full of reeds and red plants and occupied by large monsters with large teeth and eye stalks.  Since Sirius was stuck in the mud, they unpacked their rubber boat and paddled across a local lake to a beach covered with translucent colored pebbles, emeralds, diamonds and the like.  Spending the night, they were bemused by the singing butterflies and marsupial birds.  Once they saw a tall skinny greyhound type of beast that was three time as tall as an elephant.  Traveling over the mountains the next day, they saw in the distance a large city with huge golden domes.  Spires, bridges and jeweled castles decorated the scene, contrasting vividly with the surrounding red forest of tall, thin trees.

The four travelers lived with the Martians (they were 9 feet tall) in relative harmony except for being jailed for mistakenly shooting one of the guards who had pointed a weapon at them.  But relations went along swimmingly until Graham fell in love with the King's daughter and came into conflict with one Prince Perodii, who convinced the King that the visitors were anathema.  As a result, they were all, including Rover, sealed up inside the ship, then transported to the top of an active volcano and shoved off the ledge into the boiling lava percolating inside the caldera.  But, of course, they managed to fly the ship out and escape.  They traveled about 200 miles before the Sirius ran out of juice.  They continued west on foot, but were pursued by Perodii and his minions into a large cavern and eventually captured.

Back in Edos (the Martian city), Graham and Perodii fought and the latter lost;  Graham received the King's permission to marry his daughter only if he consented to undergo the rite of fire which would make him immortal.  He submitted to the torment, married the daughter, and was appointed Prince.  The other three voyagers made a home in Edos and spent their time in researches and experiments in collaboration with the Martian scientists.  They meant to build another ship with which to return to Earth, as the Sirius had been destroyed by Perodii.  So the story ends, with the future in a fair amount of doubt.

This was an amusing book, not terribly instructive but imaginative and ingenious.  I couldn't help but be reminded of Verne's tale of "From the Earth to the Moon":  it had the same sort of atmosphere, emphasizing the intrepidity and inventiveness of the courageous Englishmen, conquering and dominating unknown regions to the glory of the English nation (well French, in Verne's vision).  And the process that Graham goes through to become immortal greatly resembles the incident in "She" when the Queen is immortalized in the same sort of transfiguration.  So, even though there were echoes of former authors, the formula was still an exciting one and the book was well worth reading.  I'm surprised it's not more well known.  I wonder if E.R. Burroughs read it before writing his Mars books...

Posted by mudpuddle at 9:44 AM