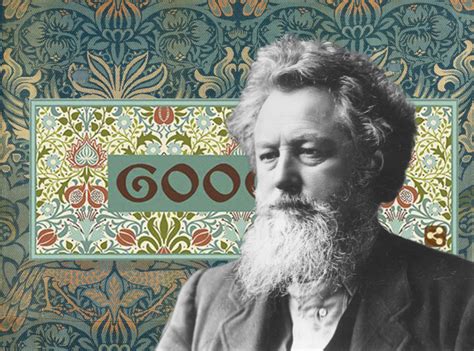 THE ROOTS OF THE MOUNTAINS

This is the tale of three pre-medieval kinship groups and their adventures in fending off the cruel and predatory invaders of their country:  the Huns.  The Dusky People as they are entitled in the text have already taken over and despoiled two towns in the vicinity and are about to launch a major offensive to conquer the rest:  Burgdale is the name of the home of the largest group remaining unmolested and the House of the Face is the most important family in the valley which is hemmed in on three sides by mountains and has a river running through it.  Face of God is the name of the young 23 year old who is the principal figure in the novel even though he has an older brother, Hall-Face and a father, Iron-Face.  The "Face" derives from a large image of a grinning warrior located just above the front door.

One morning, FoG (as i decided to call him) decided to take a walk in the woods for several days.  He happens across a log cabin in the woods.  In addition to several hunters of the Woodland clan, he meets a lady named Friend (later known as Sun Beam) and falls in love with her even though he's supposed to be betrothed to a girl back in Burgdale named Bride.  When he gets back, some members of the Shepherd clan come to complain about a raid on Green Toft (one of their thorps) in which a shepherd was killed.  The perpetrators wore wolf skins.  Not much is done about it and soon Yuletide has arrived.  Slughorns blow (I think these are sort of like tubas) and oaths are taken on the Holy Boar(religious symbol).  Fog foretells he will wed the fairest of them all, then goes hunting.  Bride thinks he means her, but...  he meets Bow-May, a huntress from the Wolf clan while being attacked in the woods by Huns, and learns that Friend lives in Shadowy Vale, a hidden enclave of the Wolf clan, who are being threatened by the Huns who have recently overwhelmed Rosedale and Silverdale and turned the kindred(relatives of the Burgdalians) inhabitants into slaves (thralls).  Friend and FoG fall in love but agree to part until next year due to familial complications.  Upon his return,Bride intuits that FoG doesn't love her any more and asks him to give her his second born son when he marries someone else, namely Friend.  So, in the following year, FoG journeys to Shadowy Vale and meets Folk-Might, Friend's brother, and they agree on a plan to eliminate the Hun threat.  They arrange a mass gathering of the three clans, Burgdale, Green Toft, and the Wolf people.  All told, they accumulate about 1500 warriors, and make a plan to attack Silverdale when those citizens are holding their annual market festival.  They sneak through the woods successfully and surround the town on three sides and begin shooting arrows into the market which is jammed full of Huns from the town and also from Rosedale.  After several days of hand to hand combat the kindred emerge victorious and liberate their relatives who take back their town and kill off the few remaining Huns.  The victors return to Burgdale and celebrate.  FoG marries Sun Beam and Folk Might marries Bride.

The above is a very short synopsis of the plot.  The descriptive prose details the size, construction and appearance of the mountains and make clear the reference to the mountains roots, which is Morris's terms for the crests, moraines and ridges that decorate the sides of the mountains surrounding the action and form the main centers around which the adventures occur.  There are lots of creeks and rivers, rapids, lakes, ponds, and cascades, all located in dense forests of fir and pine interspersed with meadows and bushes.  Above the snow line, cliffs and scarps of granite and dolomite predominate, with mountain goats and sheep bounding between the crags.  It's quite a lovely and untouched wilderness:  wonderfully soothing to the reader's imagination.

I woke up last night wondering about the language used in the book.  It was interlarded with Chaucerian words and sentence structure.  It seemed like Morris was trying to reproduce in some way the phraseology of the Eddas and Sagas he'd recently been studying.  He took a trip at a fairly young age to Iceland where he became enthusiastic about Norse and Icelandic myths and stories about gods and their activities, so it makes sense that when he began this book he might try to imitate the type of literature that had so blown him away on his trip.  And then i thought about mass hypnosis.  And how so much of historical literature bears almost no resemblance to what must have been the actual living conditions of those early times.  Living then must have been pretty miserable for most people, with poor food, primitive housing, lots of unknown diseases, and punitive landlords.  When we read stories about King Arthur, the French contes and the Italian epics about Orlando and others, the whole era seems like a lot of glory and arrogance, but the reality must have been very different for almost everyone.  But those who lived back then must have had their own stories and mythical tales about their own history.  So the conclusion seems to be that humans have never really tried to live in the real world, but have always overlaid it with their suppositions and legends, coloring their lives with blankets of magic and hope.

Which brings me to modern politics and the peculiar fact that so many voters seemingly want a government that impoverishes them and makes their lives more difficult.  And the answer must have something to do with the apparently innate need of humanity to fantasize what they experience in their everyday existences.  Maybe it has to do with our perception of time and it's cruel and irresistible flow;  maybe it's just too harsh to live in.  Or maybe it's the opposite;  that ordinary living is so boring and unexciting that minds grab the mythical covers that decorate their imaginative faculties and pull them over their heads, ignoring the reality.  Or possibly it's just that we never mature to the point that we can face the realities around us and the need to take care of our environment.  Or maybe we are all just not smart enough to do the necessary things to keep our house (the planet) from falling around our ears.  I think tribalism might have something to do with it: leaders and followers are historically the most common jobs, and maybe there's a genetic pull of some sort that predestines us to behave in predictable ways.  I don't know about any of the above, i just speculate, particularly in the middle of the midnight dark when no one in watching, haha...

Posted by mudpuddle at 3:09 PM